Gad Niyomukunzi, the man who is making flowers and decorative items from plastic flasks 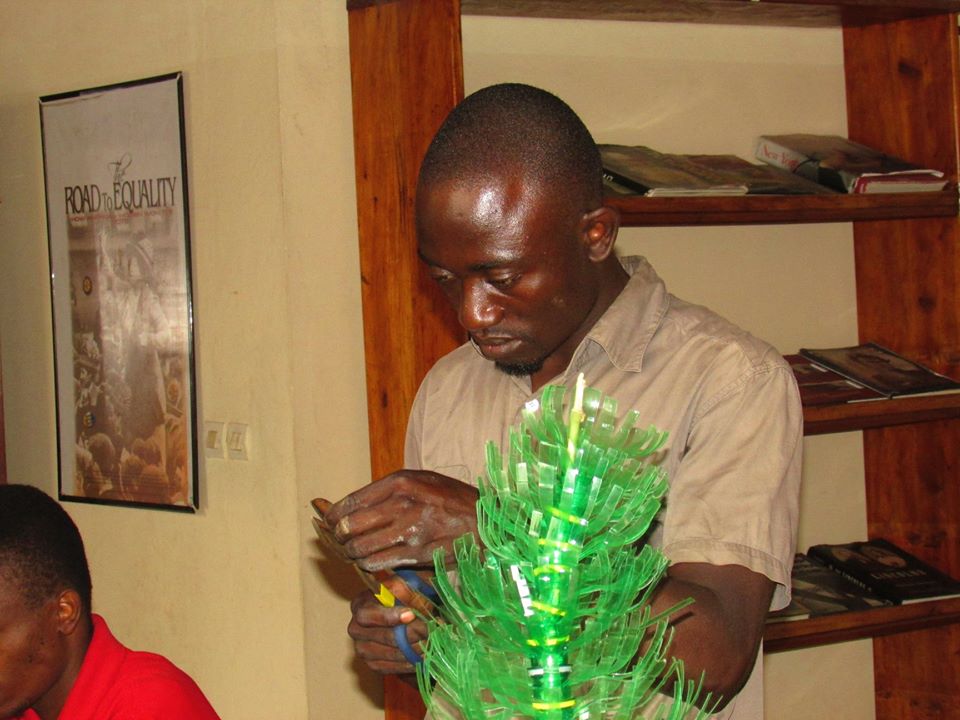 Every year, it is estimated that 4 to 12 million metric tons of plastic waste end up in the oceans. Hence, plastic waste is dangerous to the environment. How it is processed remains extremely variable from country to country and recycling remains considerably under-used. Yet, recycling is the best solution for processing plastic waste because it limits environmental impact and generates significant socioeconomic gains.

The problem with plastic doesn’t lie in how it is used, which is generally harmless, but in end-of-life management of products made from it. Though at every stage of the plastic life cycle, there remain hindrances to the development of recycling, Gad Niyomukunzi decided to recycle plastic flasks by using scissors, paintings, and Swazi ropes. He reveals, “I got such an idea after seeing how, in Burundi, many plastic flasks are scattered here and there in such a way they are dangerous to the environment”.

From plastic flasks to decorative items 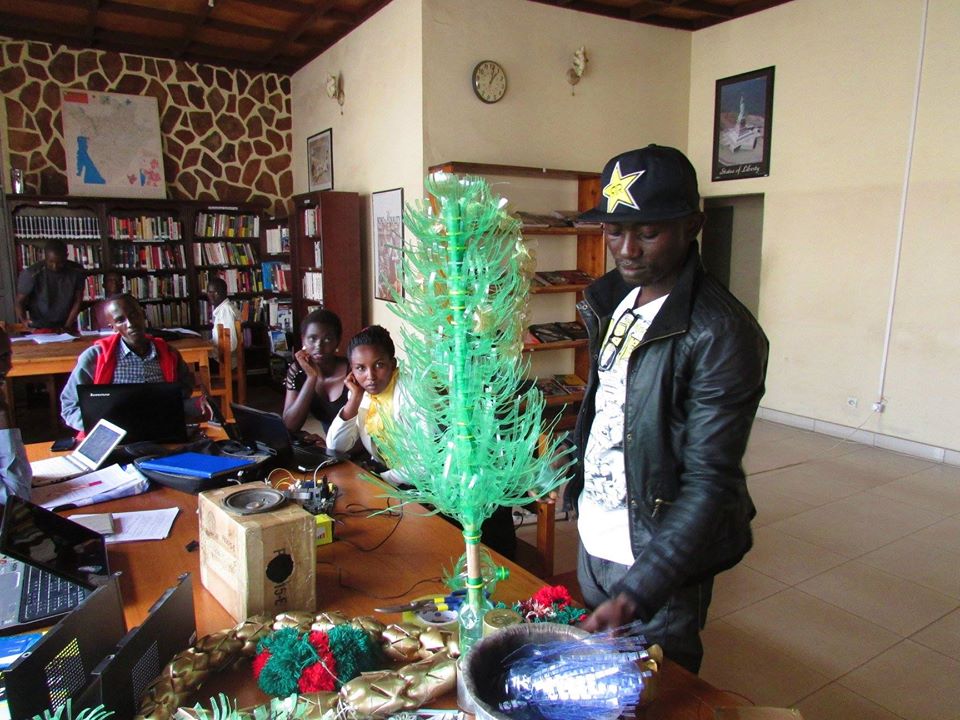 As Gad Niyomukunzi affirms, he started making flowers and other decorative items from plastic flasks since 2017. He was working as a volunteer in the former American Corner of Kinindo. He recounts, “Some people laughed at me. They couldn’t understand why someone who’s been at school can pick up garbage (plastic flasks) in a dump”. 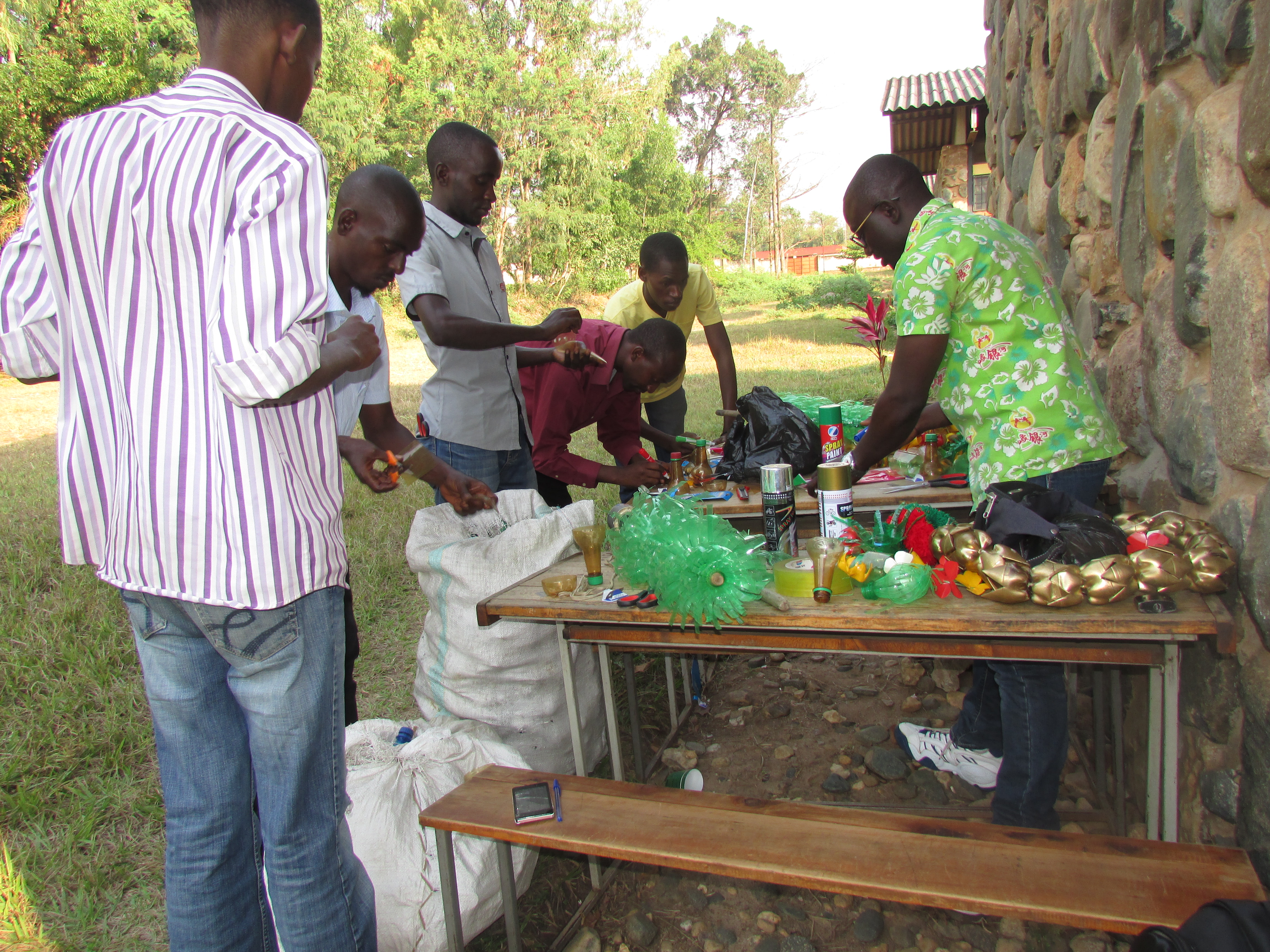 Afterwards, as Mr Gad was working alone, he proceeded to explain his initiative to others so that they can join him. “I explained to some young friends the project I had undertaken and how I was working. They found it great and joined me. I had put together a little amount of 20,000 BIF  that we have managed to turn into 3,500,000 BIF. Together, we created a group we called Makerspace Burundi. The latter is now composed of 30 young people. 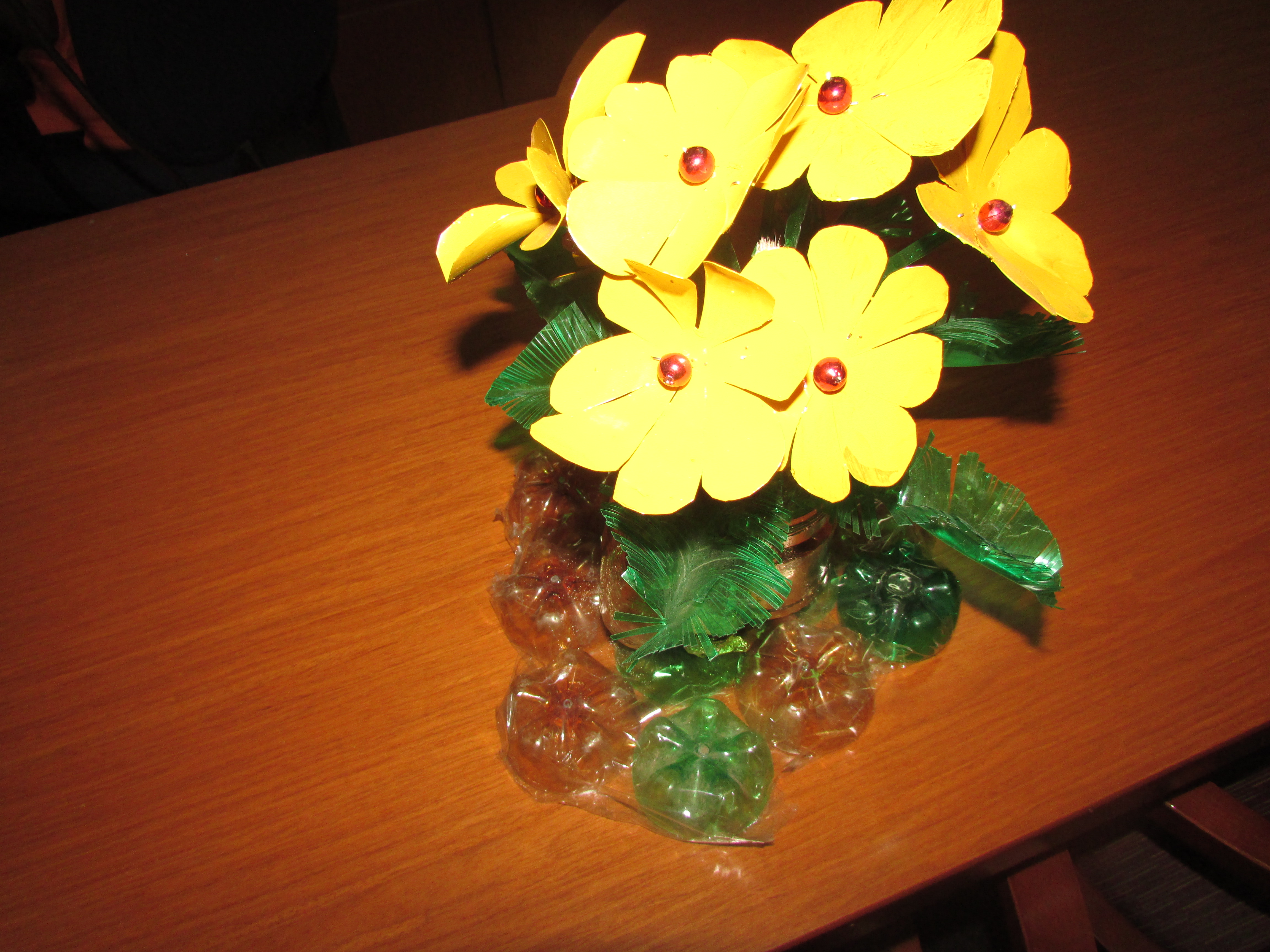 As Mr Niyomukunzi tells, they’re producing various decorative items. “We produce flowers, Christmas trees and other decorative items”, he reveals. He goes on telling that they are proud of how they are evolving despite some problems they are facing. “We are at a good step, it’s our pride. We sold our first flower at 5,000 BIF but now, we have flowers for 5.000 BIF ,  10.000 BIF or 20.000 BIF depending on the materials we have used”

Recycling to protect the environment

Gad Niyomukunzi confirms that the first and main reason that pushed him to recycle plastic flasks is to contribute to the protection of the environment. “When we are picking up plastic bottles in the dump or elsewhere they have been cast, people do not understand why we do so. But, when we’re recycling those plastic bottles, we protect our environment from toxic waste”. 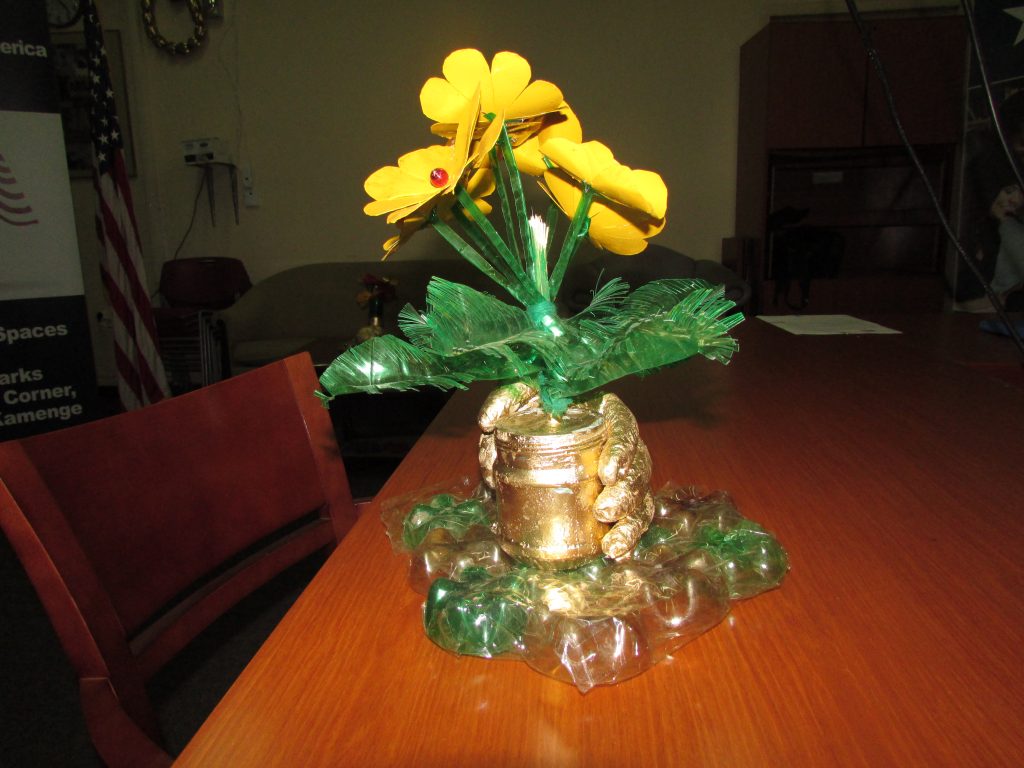 One the one hand Mr Gad rejoices that people are appreciating their products, but on the other hand he regrets how some people consider their products as garbage. “Though our products are designed to be from garbage, they are not rubbish. Some people say we are selling garbage whereas it has been transformed into other good products”, tells Niyomukunzi.

Makerspace Burundi is now based in the American Corner of Kamenge in Kamenge Campus of the University of Burundi. Mr  Niyomukunzi adds that their group plans an expansion in other American Corners in Burundi.

flowers from plastic flasks Gad Niyomukunzi Makerspace Burundi recycling plastic flasks
Previous PostSinger Yves Kami is introducing a style of his own with “Urusyo" sound Next PostSNHU/Kepler Program: A Golden Opportunity for Burundian