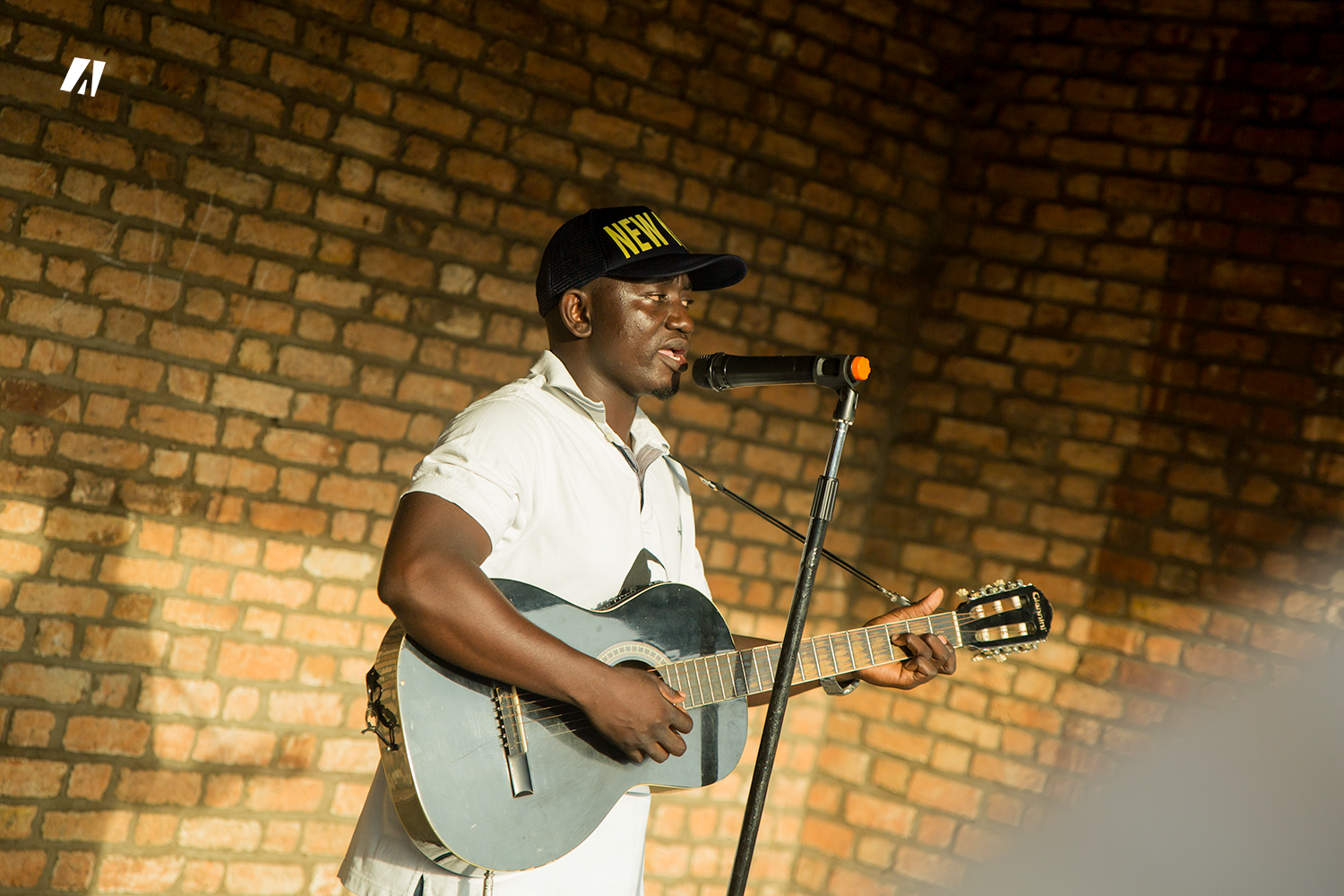 Gad NIYOMUKUNZI, known under his stage name ‘’Gad Brighton’’, is a poet slammer, painter, guitarist, songwriter and singer. Nowadays, he is performing in public places as a busker in Bujumbura. He was seen performing as a busker for the first time on May 15th 2020 around the former Bujumbura central Market. He went on and performed again on May 29th 2020. Most people tend to consider a busker as a beggar. For Gad, “ a busker sells his talents”. Below is our full interview with him.

Gad NIYOMUKUNZI: My name is Gad NIYOMUKUNZI. I was born on February 15, 1990 in Kanyosha, southern of Bujumbura. In 2000, I attended Rukinga Primary School in Rumonge province and went on secondary school in Cibitoke Boarding School since 2006. As a teenager eager to speak English, I tried to imitate Rap and Hip Hop songs of 2 Pac, Eminem and Jay Z. I was therefore surnamed Tanganyika Boy Street Rapper. Later, I started learning how to play acoustic guitar as I composed my own songs. I shifted from street rapper to stage performer and started entertaining people in shows organized within and outside the school. My dreams of becoming a famous artist didn’t stop by there because in 2012 I joined Freedom Forever Band performing Live in different bars of Kanyosha and Kinindo. In 2018, I went to Nairobi to take part in Young African Leaders Initiative. As an artist, I am now busking here in Bujumbura and I am trying to find an identity that is my own.

Akeza.net: How did you come up with the idea of busking in Bujumbura?

Gad NIYOMUKUNZI: The idea of busking came in my mind in 2015 after our band broke apart because some of my fellows moved to neighboring countries. In 2017, I went to Nairobi invited in an International Legacy Youth Network.  I met there some professional buskers who had made busking as a career. When I came back home, I started performing in ceremonies such as weddings, birthdays and so forth.

It was not even easy to get the authorization from the Mayor’s office because they did not understand what busking stands for. After explaining several times, and told them about the project « I for street kids », they agreed to sign an authorization letter for me as a busker.

Akeza.net: Do you believe busking is the right thing to do? 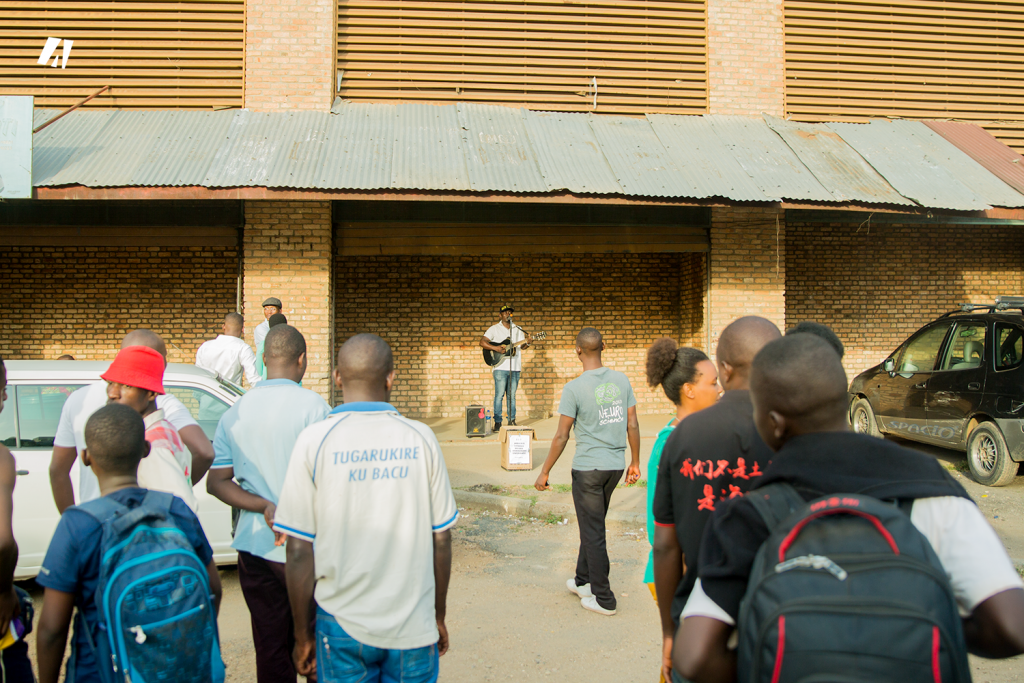 Gad NIYOMUKUNZI: Yes.  I want to expose myself to the public. My foremost target is to be a famous artist so as to make my dreams come true. Performing in ceremonies was not a big deal, yet it happens occasionally.

In addition, there was no direct contact with the audience.

I also have a big project that is in the line of strengthening my label, T.Boy Entertainment whereby I aim at adopting some street kids and teach them how to play musical instruments and other artistic skills.

Akeza.net: Are you the first busker in Burundi?

Gad NIYOMUKUNZI: I am not. There is the fellow who, with dreadlocks, plays mostly reggae music. He moves around with his guitar. He is known as ‘’Américain’’. There is also Mathias who plays traditional instrument known as “Umuduri” along the lake side. Nevertheless the two do busking as amateurs whereas, even if I’m just starting I am doing it in a professional way with amplified instruments.

Akeza.net: What would you advise those who would like to become buskers?

Gad NIYOMUKUNZI: Being a busker is not an easy task in a country where many people do not give it value. By the way, as a busker one has to persevere because it’s hard to make a living with it. Some people may discourage you confusing that you look like a beggar but busking is different from begging for the reason that a busker sells his talents. It’s all about entertainment.

Moreover, busking is not as easy as some people would think. A busker encounters different challenges like getting legal authorizations, locations for his performance, musical instruments, etc.

Gad NIYOMUKUNZI: First of all, I am committed to making busking as a professional career. I want Burundians to get accustomed to such kind of street art. I am very sure that soon or later other young people with talents will take it as an example instead of waiting for someone to hire them because they will have to thrive to create their own jobs through their passion.

My upcoming project is to create a music live band that will perform to fundraise for the project about street kids. Also, with T.Boy Entertainment, I intend to create a record label whereby artists signed under the label will record their original songs.