Burundians in the Diaspora: Thereze MIBURO, the mother of four and teacher in high school who turned comedian in Australia! 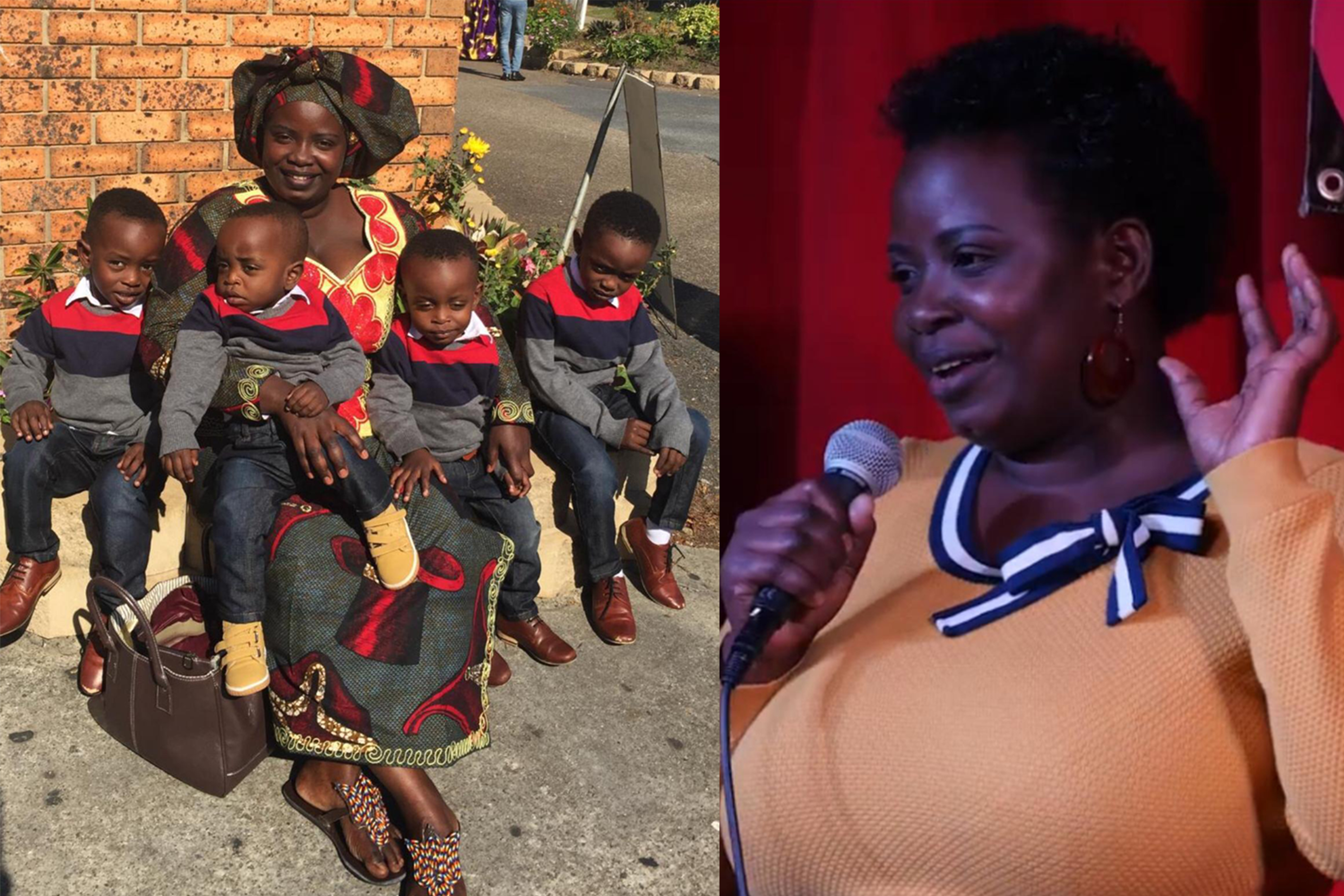 Thereze MIBURO fled Burundi in 1995 with her family to Lukole camp in Tanzania where she started school. After 13 years as refugee, her family moved to Australia. Before they leave Lukole camp to Australia, she was in grade 12 in a teaching area known as “Section Normale” in French. After improving her English, she continued her studies at Griffith University where she undertook a double degree in Bachelor of Science and Bachelor of Information Technology (IT). After graduation, she did her teaching course known as Graduate Diploma of Learning and Teaching at the University of Southern Queensland which enabled her to teach in high school. She is now a Maths and Information Technology teacher in High Schools in Queensland. On top of her daily life, she is interested in stand-up comedy where she is seen as a promising stand-up comedian. Below is our full interview with her 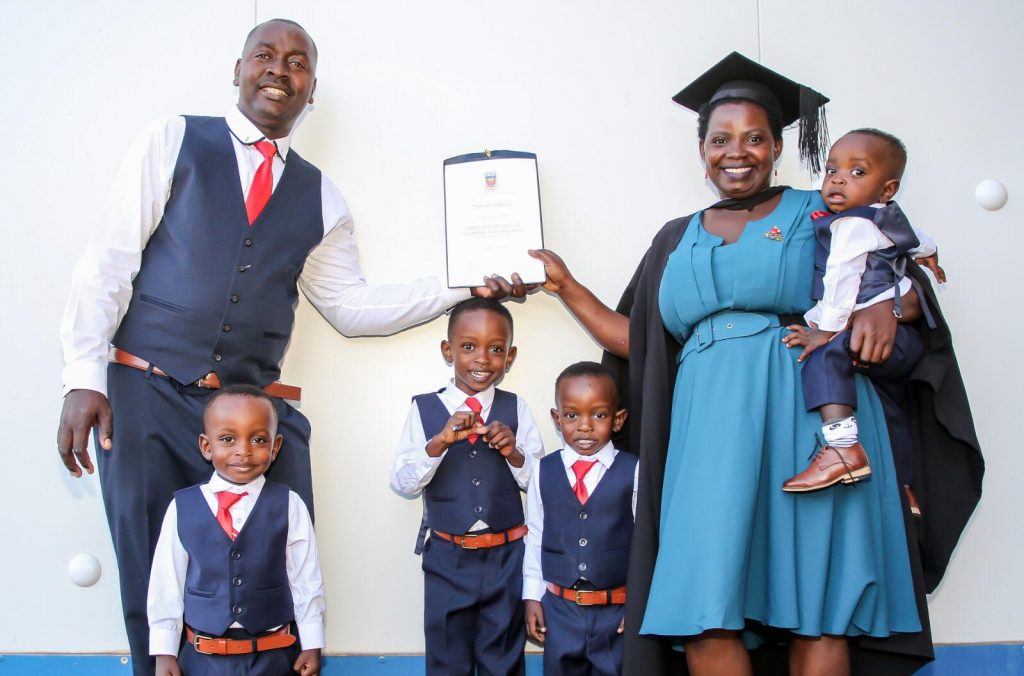 Thereze MIBURO, the Burundian comedian in Australia, with her husband and four kids on her graduation day. ©DR

As a Burundian woman, I encourage all other women especially Burundian women to never be scared to join comedy if they are interested in it. I also want to ask our friends men, brothers, husbands and fathers to support us women. It can be as simple as giving same opportunity to education for both male and female. I believe that most of women don’t do comedy or other hobbies not just because they can’t or they are not interested in it, but because they have no support at all. It can be any support either moral or financial support. 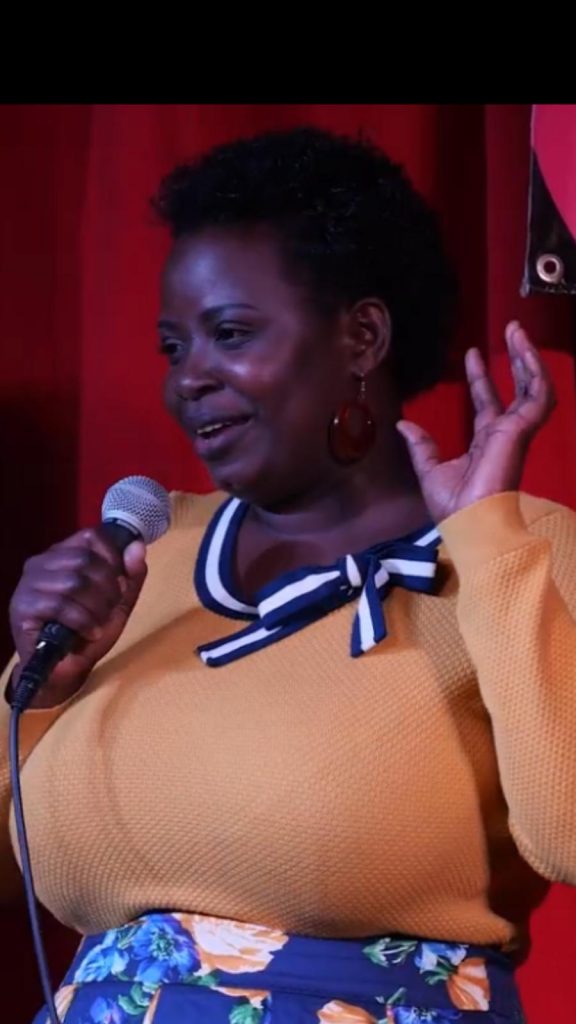 Akeza.net: Who is Thereze MIBURO?

Thereze MIBURO: My name is Thereze MIBURO. I was born in Burundi in 1987 at Kagugo, in Giteranyi commune in Muyinga Province. I am a simple Burundian woman, a wife (I got married in December 2012), a mother of 4 handsome boys (I had them all 4 under 5) and a High School Teacher. I am an easy going person who loves people and known for it as “Mukundabantu” or “Mutimukeye”. I am an upcoming stand-up comedian for I do stand-up comedy as one of my hobbies. I am also an emerging Kirundi poem writer.

Akeza.net: What’s the story behind you moving to Australia?

Thereze MIBURO: I fled Burundi in 1995 to Lukole Camp in Tanzania. Life in Burundi was beautiful and I was excited as I was about to start primary school. I grew up in a big family and every day was like a party. We were happy.  As a kid, life in a camp was hard but we were more interested in playing. The only big problem was hunger and diseases. As we were not in our motherland, we had a hope that one day peace will prevail in our country and we would go back home. Besides, as we were children, we enjoyed learning even though it was not easy.

I lived in Lukole camp as a refugee for about 13 years before moving to Australia where I am residing today. I came to Australia in 2007 as a Refugee on a Humanitarian Visa. As refugee, your priority is to try to find somewhere you can feel safe. As the United Nations High Commissioner for Refugees (UNHCR) was facilitating refugees to seek asylum in different counties which were still willing to accept refugees, we were lucky enough to be selected by Australia.

Akeza.net: Could you take us through your journey as a comedian?

Thereze MIBURO: From what I can remember, I have been told that I am very funny for I could make people laugh. However, I didn’t take it seriously. It wasn’t until 2017 that I believed it was worth a try. It was then on my brother’s wedding that I convinced him to let me entertain his guests. I did it and they loved it. I was given a lot of great comments and compliments and one of them was “You should think about becoming a stand-up comedian, your jokes are formative and educational”.

Though I was still not sure if comedy was for me, I did a course about confronting fears and performing stand-up comedy. During this comedy course we had to crack jokes. My Australian stand-up comedian friend Georgina, told me that she believes that I can become a great comedian and she provided me with the pieces of information I needed.

Few weeks later, we had a graduation show where we had to perform in front of people. Except my husband, the rest of the audience was Australians. I was so nervous but after few jokes, I gained my confidence back. That evening, I did receive a lot of positive feedbacks. I then shared the video on Facebook and YouTube. I received a lot of positive and beautiful comments saying that I did it very well.  Since that day, I knew I was a stand-up comedian.

Akeza.net: Who supports you? Is there any challenges? How do manage to keep up?

Thereze MIBURO: A lot of people including my family support me very well and give me a lot of positive encouragements. However I received a couple of negative comments saying that stand-up comedy is not for women especially African Burundian woman. I was not discouraged because I know what I want. I manage to keep going because my attitude towards comedy reflects my motto which is “Where there is a will, there is a way”, which simply means that if you know what you want and you are willing to do what it takes, you will definitely nail it.

Akeza.net: Do you believe you can someday make a living from your stand-up comedy?

Thereze MIBURO: Yes. I believe that one day I will be making a living from my stand-up comedy. There is a big possibility that I will make something out of comedy.

Akeza.net: Few women are interested in stand-up comedy, what would be your message to Burundian women?

Thereze MIBURO: Above all, before you are a woman you are a human. There is no longer a man’s job or a woman’s job. In this 21st Century, I believe that we should start thinking a little bit different and start doing what we are able to do regardless of our gender.

As a Burundian woman, I encourage all other women especially Burundian women to never be scared to join comedy if they are interested in it. I also want to ask our friends men, brothers, husbands and fathers to support us women. It can be as simple as giving same opportunity to education for both male and female. I believe that most of women don’t do comedy or other hobbies not just because they can’t or they are not interested in it, but because they have no support at all. It can be any support either moral or financial support.

Akeza.net: Is it easy to raise children in Australia? 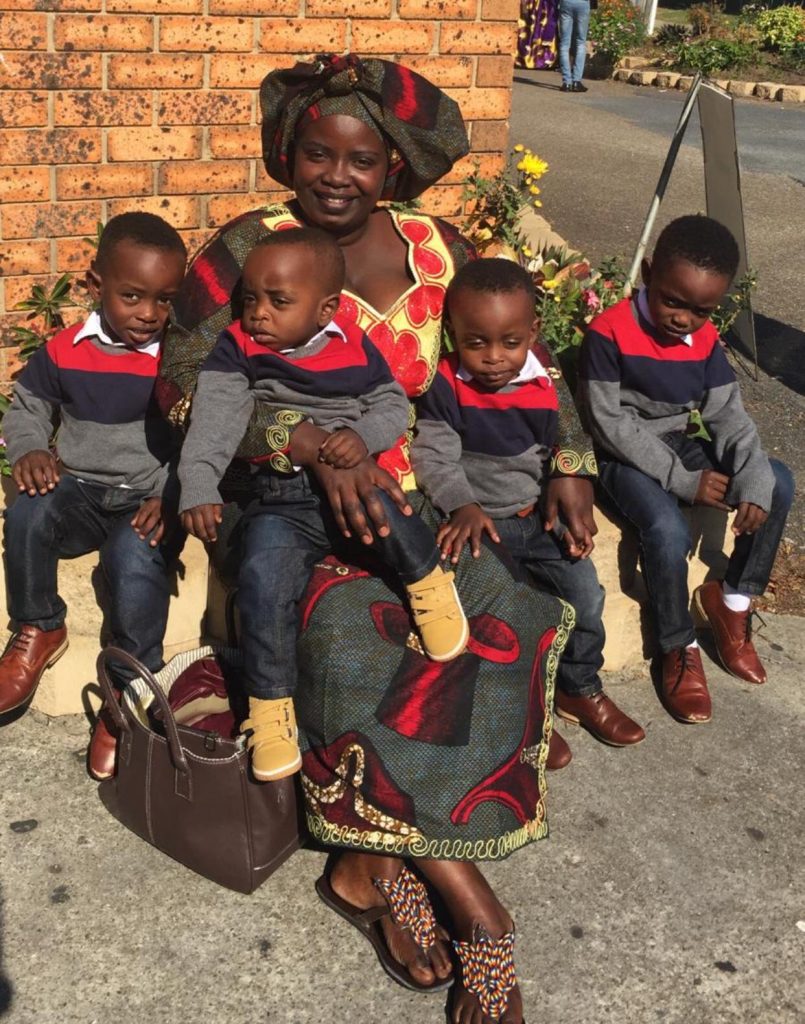 Thereze MIBURO, the Burundian comedian in Australia, with her  four kids. ©DR

Thereze MIBURO: It is not easy to raise children in Australia like elsewhere.  In addition, raising a child nowadays is a big challenge because of much destruction such as Technology and many more. Given that we are raising children in a country where rules, culture, customs and beliefs are different from where we were raised, it makes it even harder.

Akeza.net: What do you miss most in Burundi?

Thereze MIBURO: I don’t have a lot of memory about my mother land because I left Burundi when I was little child. Most of my memories are the ones that I had in the camp where I spent most of my childhood. However, I miss my families and friends that I knew before I fled the country and the ones, that we lived together in refugee camps, who are now residing in Burundi. I miss mostly my fellow students that we went to the same schools and same classes in the refugee camp.

Akeza.net: Do you plan to come and entertain people in Burundi?

Thereze MIBURO: Of course. I cannot wait. It is on my number one list. I love people especially Burundians. Let’s hope that one day it will happen.

Emmanuel NKENGURUTSE: Thereze MIBURO is my sister. She is a very smart young woman who makes people around her happy in so many different ways including telling jokes.

“Muhorakeye”, as she likes calling herself, is a very courageous woman who has big dreams.  She is an inspiration to many people and we are very proud of her. I ampersonally proud of her charisma, her confidence in public speaking, her ability to tell jokes and make people laugh hysterically. I myself laugh each time we talk. I really like her “Nice attitude”.

Gloria NGABIRE: I’ve knownThereze MIBURO for about 2 years now.  She is an amazing person. She is very compassionate, loving, smart and easy going person. I am so inspired by her comedy because she knows how to take issues that society is facing and turn them into funny material which is a very special talent to have. She inspires me, and I want to work hard on my dream because she has showed us that you can do anything if you work hard.