Meet Maher Al Barwani, the Omani who is traveling Africa on a motorbike 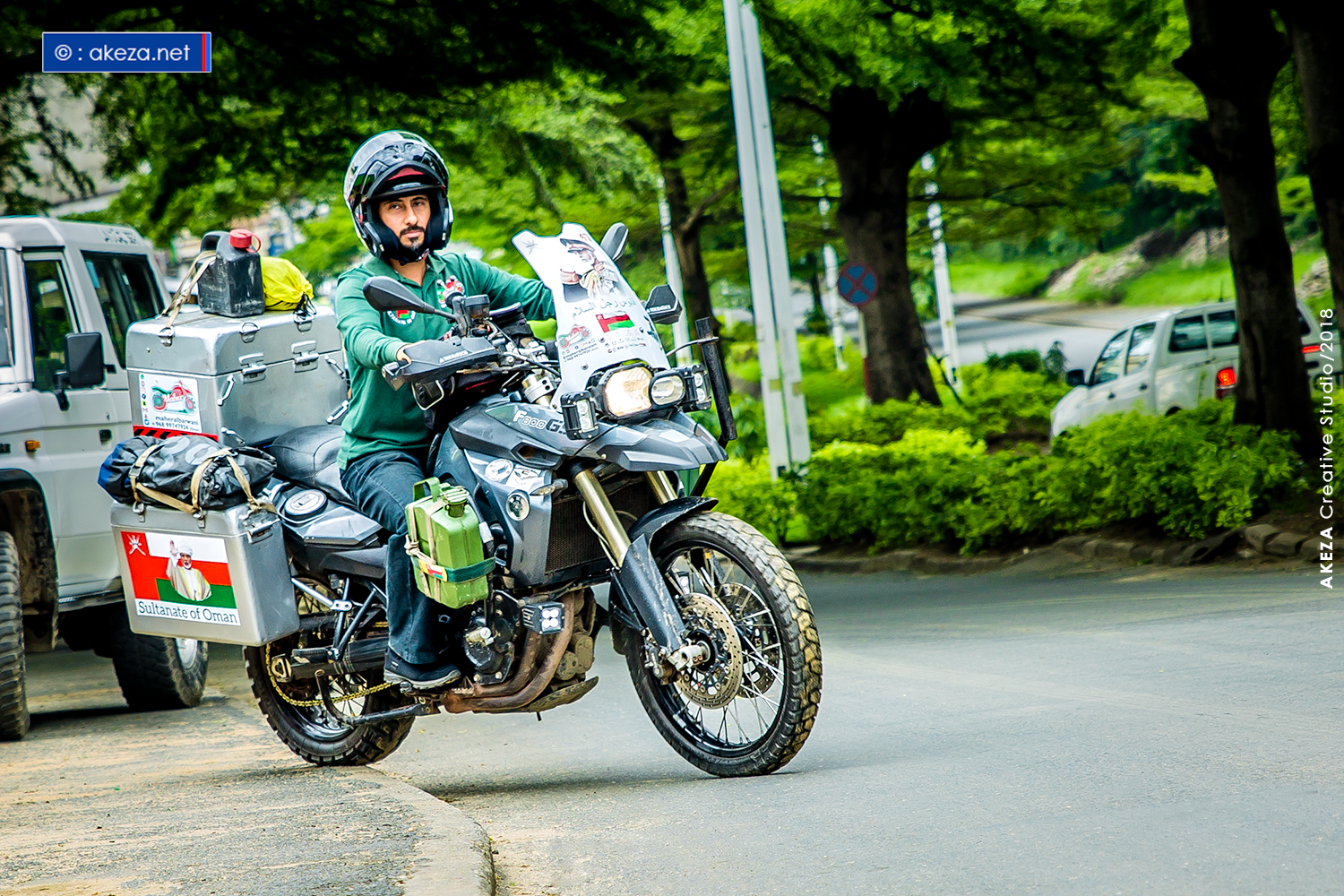 Maher Al Barwani moves only perched on his bike. From his homeland, the Sultanate of Oman, via the United Arab Emirates and Saudi Arabia, he crossed the Red Sea to reach the African continent. Through social networks, Maher makes friends who host him when he stops by. Married and father of two little girls, Maher has been in Burundi since Sunday January 21st, 2018. During his stay in Burundi, he passed by for an interview.

Akeza.net: Why travel all around Africa on a motorbike?

Maher: The goal is to set a new record for the Omanis travelers who had been traveling before me. I am doing this trip to be the first Omani to travel the whole Africa continent. But also, to get a good relationship between Oman and Burundi, to visit Oman families whom are still living here since a couple of centuries. The goal’s trip is to see Burundi, its culture, its beauty and the way they live.

Akeza.net: When did you start the journey?

Akeza.net: How was the welcome in the countries you’ve been?

Maher: During the journey, I felt like I was home. Even when I entered Burundi I had the same feeling. Next step, I will be in Tanzania, then Pemba, Zanzibar, Comoros Islands, Malawi, Zambia, Zimbabwe, South Afrika and then I will continue to West Africa, Insh’Allah.

Akeza.net: How far will you go?

Maher: Well now, I did about 14.000Km in almost 6 months. The plan was 50.000Km and then I would go back home. The idea is to make a full circle of Africa starting from Oman. This is my fourth international journey, so this is my 38th country since I started travelling. 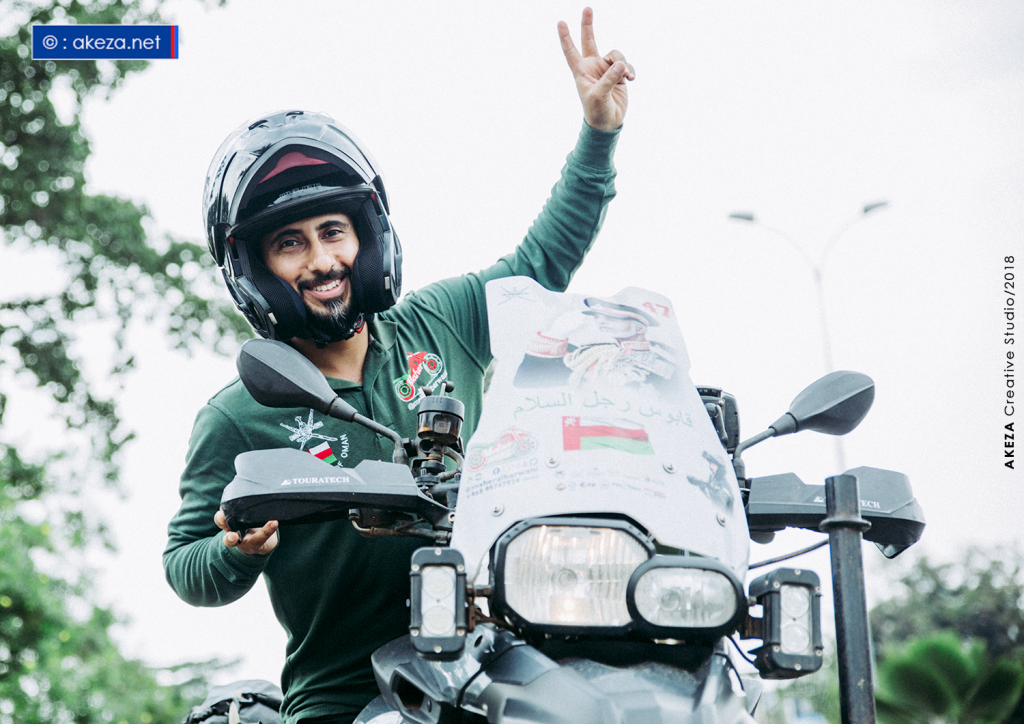 Meet Maher Al Barwani, the Omani who is traveling Africa on a motorbike ©Akeza.net

Akeza.net: This kind of trip is very expensive. Who is founding it?

Maher: Regarding the sponsorship, I’m financing it myself. My friends supported me, not financially; like servicing the bike, fuel, sometimes pocket money, others have written formal letters to show in embassies to get visas and so. I mean, I’ve got support but not financial support. I’m looking for a financial support from my country or from any organization or companies which would like to. On the other hand, I will talk about it continuously throughout my trip to advertise them wherever I go.

Akeza.net: You’ve got be wealthy to sponsor such a trip?

Maher: God is rich. But I thank God, I’m not poor nor rich. I have been saving for a couple of years to travel around Africa. And I have got support from friends through all the countries. They give me a place to stay, they feed me, show me around their country.

Akeza.net: Before you come, what did you know about Africa? Now that you’ve been travelling around Africa, how do you see Africa?

Maher: I came for the first time in Africa in 1995, I went to Tanzania. I am used to hear that Africa is risky, it is not safe. That people are not helpful, that corruption is on a high level, that they would steal my items or even my bike. I have been told that they can kill me. I have been told a lot of things. When I came to Afrika, I just bike.

I said ‘I don’t want to hear what people are saying’. When you treat people badly, they will treat you badly. But if you are nice to them, they will be nice to you. Since I am in Africa, nothing bad has ever occurred, maybe two times, I’ve got my phones stolen but I’ve got them back. Thieves don’t represent countries. I could get my phone stolen even in Oman. 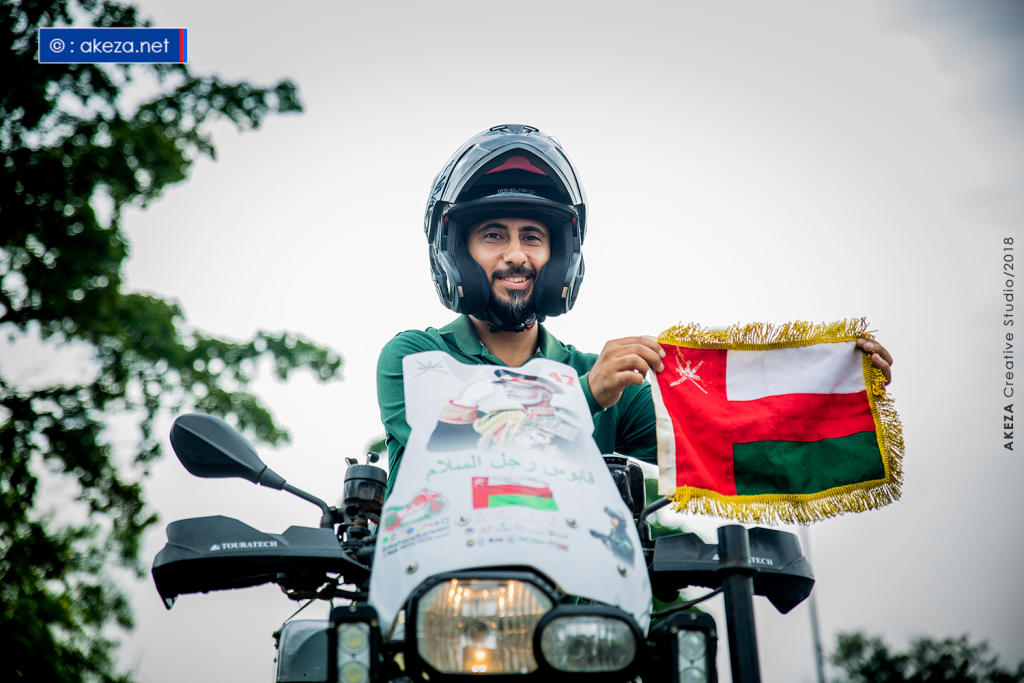 Meet Maher Al Barwani, the Omani who is traveling Africa on a motorbike ©Akeza.net

Akeza.net: We can only imagine how proud your country is!

Maher: Until now, I didn’t get any support from Oman. They don’t know about my adventure. They know about football but traveling to Africa by motorcycle is new to them. But I’ve been told that they are looking for a way to welcome me officially when I will go back to Oman.

Akeza.net: On the streets, how do you deal with technical issues during your journey? Is there any staff to help you in case of flat tire or any other problem?

Maher: I am the team myself. I repair anything which is not electronic, I have spare parts, I have and can do everything.

Akeza.net: How is life in Oman?

Akeza.net: A word to Burundians?

Maher : Yes. I noticed that most of the time, bikers in Burundi do not wear safety gear. I would like to see Burundian bikers wearing at least a helmet. You know, a person who drives a car is protected. On a motorcycle, he is exposed. Just a mistake and the biker hurts himself. A helmet is very important, gloves too. Because if the biker falls down, his hands will touch the ground and might be injured. I would ask the Burundi government to think about a road safety plan for motorcyclists. Bikers must also respect the rules of the road. It’s irresponsible and suicidal to drive whatever they feel.