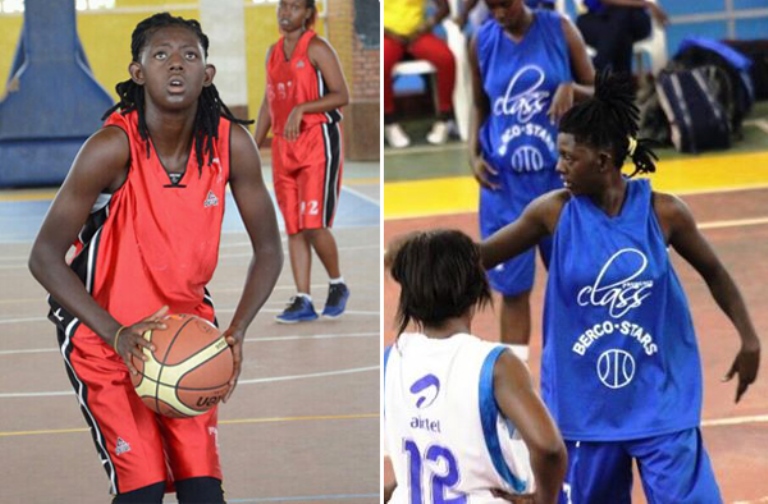 Many times “Most Valuable Player” of the national championship and competitions of zone 5, Florence Sifa Kalume is a rare talent in basketball. Her prowess on the court has made her a legend of the orange ball in Burundi and East Africa.

“I remember the first time I touched a basketball-ball that was in 2004. A friend of mine came to pick me up to go to the training sessions organized during the holidays and when we got there, we wanted to try something else: basketball. I did not really like it. I was used to football, basketball bothered me and I didn’t go back for a few weeks. ”

But she eventually changed her mind. “As I was on vacation, I regularly went to the field near the former COTEBU. As it happens, the BERCO STARS Division A team was training in the same place. Thus their coach recommended me to come from time to time to their workouts. That’s what I did. After intensive trainings, I participated in the national championship in 2005 and our team won. ”

Florence goes on saying: “Winning the national championship has allowed us to play a match in Uganda with the team of the Crane High School. At the end of the match, the Director of this school asked us, me and Larissa KANTUNGEKO, to be part of their team and to study at their school. I agreed and I stayed with them for a year. Larissa stayed there much longer. ”

Miss Kalume has a price range as proof of her success and effectiveness on the court “today I hold up the trophy for Most Valuable Player (MVP) of the A division of the national championship, the 2011 MVP Zone 5, the MVP in 2007 in Uganda, the MVP in the championship zone5 in 2013 in Tanzania, and Most Standing Player Award 2014. »

Yet she dreams even bigger …

She says: “I would be ungrateful if I said I’m not proud of what I have become. I had the opportunity to play in all the countries of the East African Community. However, I would like to go further, meet and play with famous basketball players. ”