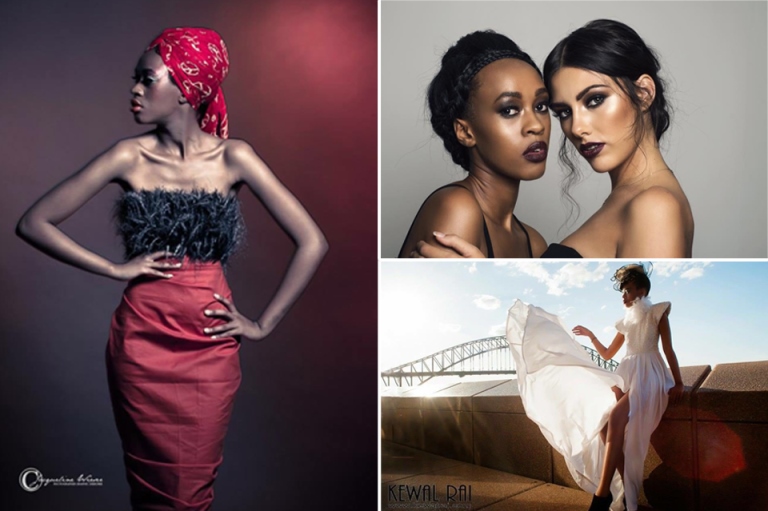 Akeza.net  is showcasing Burundian models evolving abroad. The fashion world is a small closed circle, not easily accessible to black models, especially when they come straight from Africa. Nevertheless, some Burundian models manage to make their way to the steps of the most popular runways.

From London to Canberra through Kampala and Beijing, Burundian models know no boundaries. Burundian by her father and Rwandese by her mother, Ornella Nishimwe is taking off in Australia.

Akeza.net: Could you present yourself to our readers? Help us know you better…

Ornella: I am Ornella Nishimwe, literally just your typical girl. I’ve got to the university and I study in Bachelor of Tourism Management, I work part time. I have a passion for clothes and shoes and that’s why I love fashion – I dress myself according to how I want to be seen in the outside world. I love God, and every day I try to be more like him.

Akeza.net: How did modeling  become  your passion?

Ornella: I started modelling really in a pageant when I was 14 years old in Miss Africa Australia 2009, in the under 18 category which was called Little Miss Ebony, I came about 4th or 5th I don’t even remember but I did enjoy it. The only thing is I don’t think I would ever do a pageant again. It’s not me, I’m very shy so doing a whole performance whether dancing for the ‘talent’ part really made me nervous and anxious. After that, I started doing freelancing with upcoming African Australian designers doing small and big shoots here and there. I would say my forte is on the runway. I love it. I become someone else. I forget that I’m shy. It wasn’t so much that I wanted to do it when I was a little girl but because I was tall, I was automatically told ‘oh you should be a model’.

Akeza.net: What is the greatest fashion event that you have attended ?

Ornella: I’ve walked in a lot of fantastic shows but one that is memorable would probably have to be African Australian Music and Movie Awards and it was in the famous Australian landmark the Opera House in Sydney. That was a super day and I met a lot of influential people that I still talk to this day.

Akeza.net: What would you consider difficult in the world of modeling?

Ornella: The hardest thing would definitely be the lack of African models here in Australia, if you are not dark enough or light enough it’s hard for you to be taken seriously. And I happen to fall right in the middle of that.

Akeza.net: Who are your favorite models?

Ornella: I look up to models such as Nella Ngingo, Chanel Iman, Tyra Banks and of course Liesse Kezimana because we are family and I love where she is going and also Yaya Deng who is a Aussie African model who is doing big here.

Akeza.net: If u were not a model, what  you would be ?

Ornella: If I were not a model, I would be a hotel owner, tourism manager, a media influencer, a youtuber, a fashion stylist (Laughter), a lot of things.

Akeza.net:  What about the next move?

Ornella:  Future projects? I would love to create and own a modelling agency. I also have a YouTube channel that I would love to impact on young women to be fierce, classy but still respectful of themselves.

Akeza.net:  Which piece of advice would you give to young Burundians who aspire to be models?

Ornella: My Advice would be to just go out there and do it! You don’t know how far you will go until you try. And do not ever compare yourself to the next model, your destiny and theirs is not the same, where you are is not your final destination, so keep going!

Previous PostBurundian models abroad: the beautiful Nobelle Muvyeyi in Sweden Next PostSTEERING EAST AFRICA AS A SINGLE AND COMPETITIVE DESTINATION