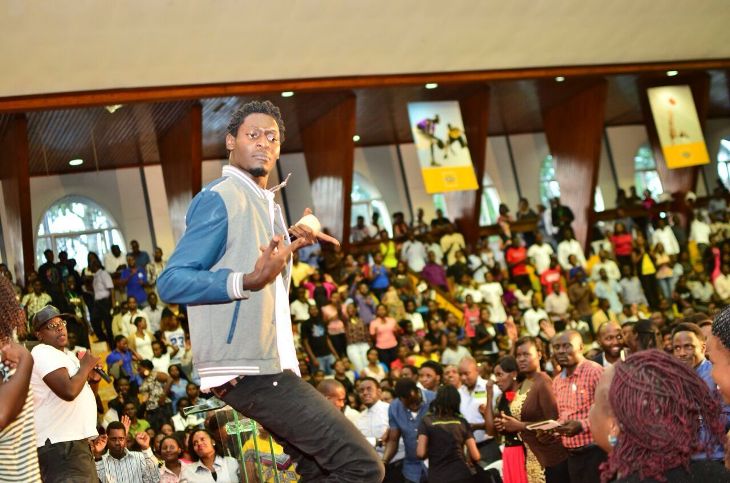 Holy Kean Amooti is a singer and song writer from Uganda. This gospel dancehall heavyweight is scheduled to perform in Pamoja festival Sunday 31st July 2016 at Karera Beach in Bujumbura. Here is the amazing story of an incredible performer and a man of God.

The story of his life…

My name is Holy Kean Amooti, a.k.aMugisa Kenneth. I am Ugandan. My story started way back when I was a child, for some reason, I was brought to my grandmother at 9 months old in Kasese. So growing up, she was the only person that I knew. I knew her as my mother, dad and everything. To some extent she was kind of a god to me. She used to provide for me everything I needed and she was there just like my very own parent. Our love grew deeper and deeper every moment. We owned a small bar where many came to take beers and all kinds of alcohol. This explains the kind of environment I grew up in, surrounded with a lot of people and a certain kind of music. Money wasn’t a problem in the family.

After some time, I started school; I went to schools like Equator Model Primary School, Kasese Primary School, and then came to Kampala where my dad was staying with my mum, though they had separated. Tragic time came in 1998 when I lost my mum due to HIV/AIDS. Two years later, in 2000 when I was 15, my dad followed her. He too died of HIV/AIDS. I was by then in primary six. These deaths didn’t bother me so much because I had no serious relationship with my parents. It was bad, but life went on. In 2003 I lost my “strong pillar,” my grandmother. This didn’t leave me the same. It completely changed my attitude towards life. It was like life had no meaning at all. It was such a big bullet in me. It was a bomb which ruined my life because it left me hopeless.

Out of desperation, I tried many things like suicide 3 times, taking poison and so on but all in vain. God preserved me. Soon I began staying with my auntie who also very unfortunately, after three months (I guess), she also passed away. I welled up bitterness within me. This brought mixed feelings in me, I thought I was cursed or bewitched, and not loved by God. My heart was filled with bitterness and anger that I could not accept to listen to any preacher or anything positive. I had no friend but myself and life was, but to survive. From time to time all I thought next was death. I thought like the rest, my time was near. But I thank God I am a living testimony today. However, after losing all my dear ones, truthfully life was hard. I felt like I had no future, I thought I would not continue with school. I thought form three would be my last level of education. At the same time, I also had siblings who were looking up to me, life was tight! Very hard! You know when you looseparents, a sudden turn of events; no food, no school fees, no nothing! That is how things went. All what I could see was death. I wanted to die. I feared the remaining responsibilities. How could I raise my siblings? Some of were bornwith HIV/ AIDS. 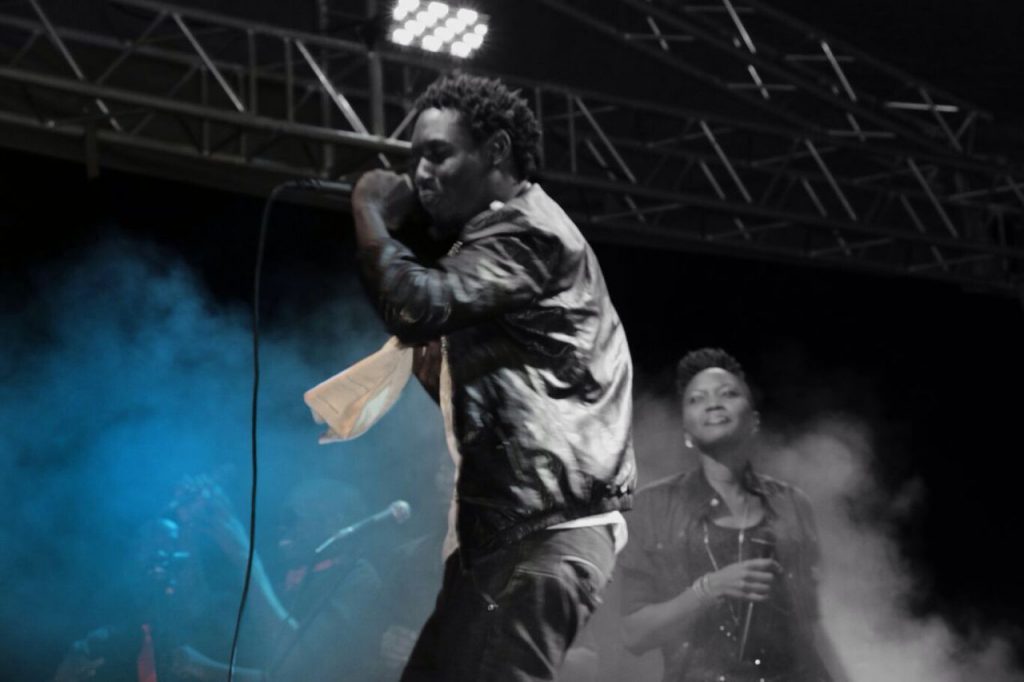 Meeting Christ After all these incidences, I remember one a sunny afternoon when I was walking aimlessly in Kampala; I saw a big gathering of people around Nakivubo Blue School and decided to join them. It was a crusade. I went there not because I really wanted to get born again but because there was music.The Seku Martins were singing. I loved music. Music was the only thing that could make me calm. This crusade was hosted by Bishop David Kiganda at Nakivubo blue grounds and the preacher was Todd Bentley of Fresh Fire Ministries. At this crusade I witnessed God’s power; I saw the blind were gaining sight, the lame walking and more miracles. That is when I really believed there was a God. When they called those who wanted to receive Christ as their personal lord and saviour, I was among the first people to go upfront. Ever since then, my life has never remained the same.

I used to have bitterness in me but that was the beginning of change. By God’s grace I completed Form four. Good enough my dad had left a commercial rental house in Kampala. I then went to Eagles Nest Secondary School for my A’ level before joining Makerere University where I get a Bachelor’s degree in Performing Arts and Film. Things went on well. I remember ever since I was a child, I knew Iwould be a public figure, a presenter, TV personality, musician, a DJ, or something like that. I grew up with that desire. Growing up, many of my friendswanted to be doctors, lawyers, but me as early as primary I had a dream ofbeing a public figure. In my A’ level while at Eagles Nest Secondary School, I remember I used tosing in the dormitory and bathroom, students knew me but I was shy. I couldnot show up on stage because I had no song to sing but I knew I could sing. Icould do a free style and immediately I forget it.

Entering Makerere University I joined the Prime Time guys through dance for over a year, but my passion was to sing. Once in a while I would grab a microphone and do something. With my once in while singing, my friend Patrick who had composed a song approached me, complemented my talent and claimed that I could sing. Hereq uested me to go along with him in studio and do what he called my Jamaica style on his song. It was all a sudden thing. I was wondering what I was going to sing. But anyway we went to studio. Good enough God helped me; I had to write a verse and put it in there. We released a hit. And when I had the verse, it was very ok. I believed I could sing. That was when I began to write songs. While at campus, I spent my life with the prime time guys. I knew what I wanted, and that was a good platform. 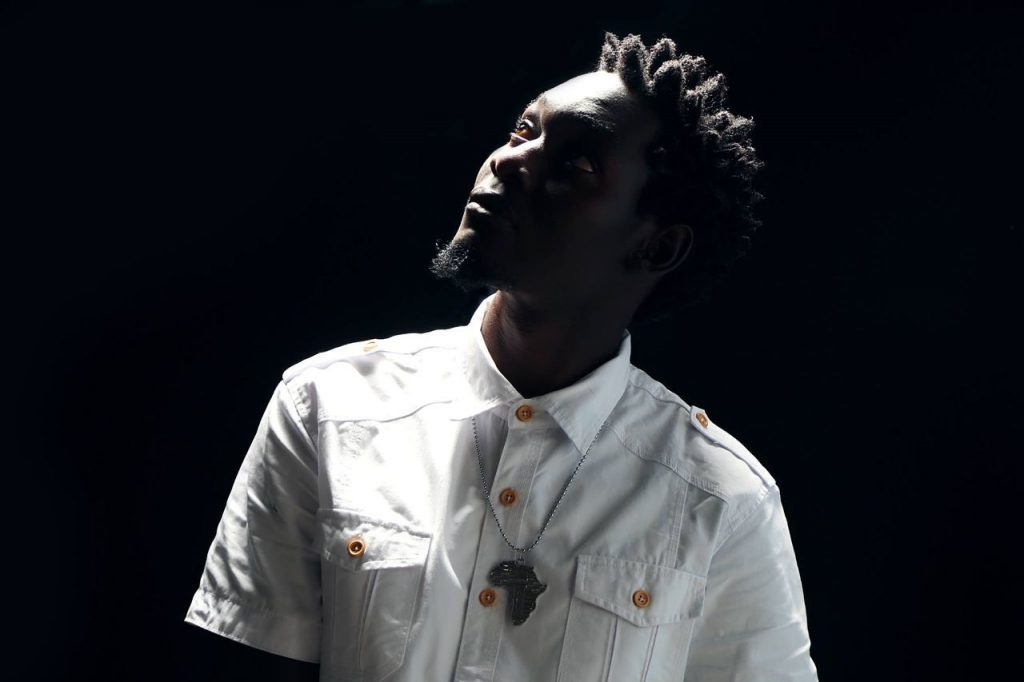 Talking about the girl thing at campus, first of all I am and was shy, so approaching girls was not my thing. That kind of preserved me. Sometimes Icould really crush on someone but all within me. I used not to look at girls somuch because I had a dream. The only thing I knew was girls wanted money.And I had nothing to showcase. However with time I gained the boldness,approached a girl and said all what was necessary, got into relationships thatnever worked out, got heart broken and… I believed God. Regards to music, I believe my breakthrough came in 2010 when I did my firstsong, Messiah. I recorded it through instalments. It was my money! Well there were some people who saw talent in me and wanted to promote me but Ishunned the idea. And now, I must say the journey in music has been ok.

When famous time shows up…

The youth haverecognized me; I have got some good airplay on radio and TV. My music isplayed abroad; Australia, Panama, Jamaica, US, UK among others. In factGod has been with me. I have moved around east Africa; Kenya, Tanzania, Burundi and Rwanda. 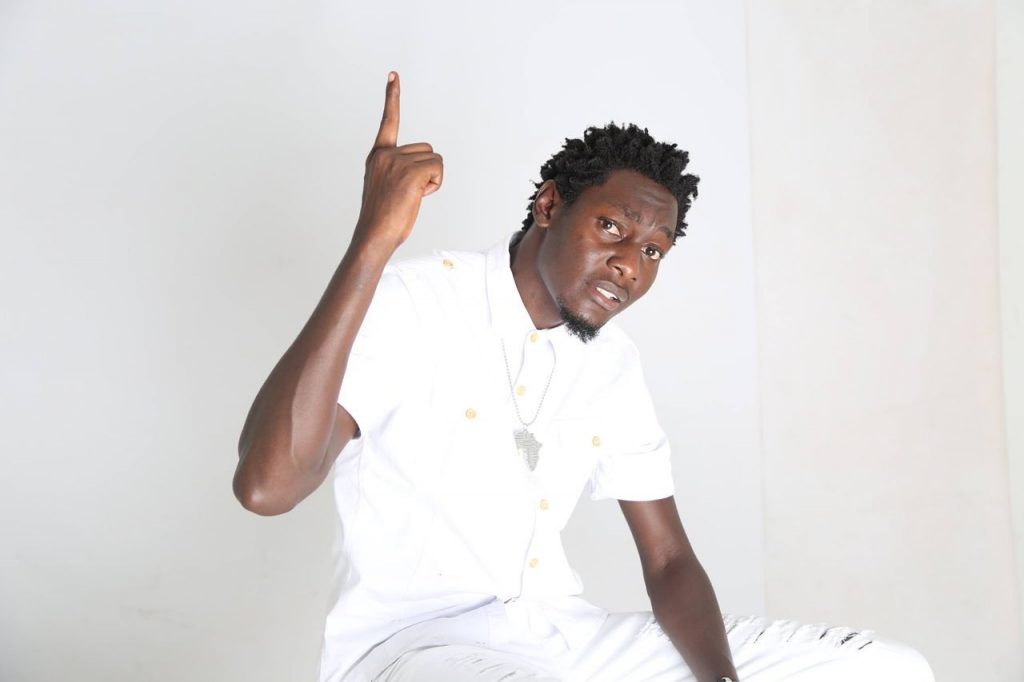 Plans & hopes for the future?

In five or ten years, I see myself still doing music, coming up with a foundation to help orphans, running a studio, a live band, walking in my major purpose bringing many to Christ through music, or may be doing a TV show. It is just anything connected to entertainment, it can go from talking about public criticism in relationship to dance hall Christian music, wellit does not work for some people but for the ones who are chosen, they will listen. I have a target audience. There’s people who want to listen, I was just like them; I never listened to Kadongokamu music, all what I wanted was dance hall. I also think there are people who like that type of music. And sot hat is why I thought I could do gospel music in that line. To sum it up, if you critically look at my life from childhood, there is no way you could deny the fact that I am a product of God’s love. He never forsook me even at the time when I lost my loved ones. When I contemplated suicide,I would really kill myself if all I had was Satan but because of God, even before accepting Christ as my personal Lord and Saviour he saved me from death. And to everyone who may be going through a hard time, rejection, bitterness, and probably contemplating suicide, look to God. He will not disappoint you. Let your past have no position in your present life. God bless.

Where to find his songs

Holy Kean Amooti on You Tube

Holy Kean Amooti
Previous Post5 Simple Steps to Spend Less and Save More Next PostEthiopian’s Airbus A350 XWB, the first of its type ever in the African airspace welcomed with great fanfare in Bujumbura