Dudu T. Niyukuri: “We want to be as international as possible” 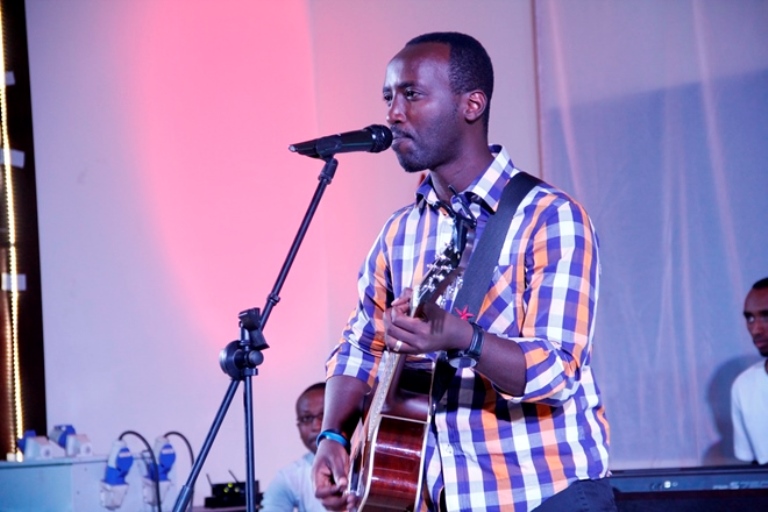 Dudu T. Niyukuri has released no album in four years. However, the singer is not on vacation. Over the past two years, his musical activities have been focused on Kigali. Is he shifting to the Rwandan capital city? The singer assures he is not. In this interview with Akeza.net, the iconic representative of the Burundian gospel scene opens up on several topics and talks about future plans.

Akeza.net: Your last album was released in 2012. Don’t you have the feeling that you forsake your audience?

Dudu: Well it is true that it has been a long time from the release of our last album, But I have never felt the need of a new album like now. For this last 4 year it has been felt like it was NOW that they are discovering our songs. Now I think we are through with this season. We are currently finishing a brand new album. It is supposed to be released next year in March. On Easter day

Akeza.net: Burundians are going through hardships actually. Don’t you think this is the right time to release some songs?

Dudu: We have many songs in store that are coming up which we believe they are soul touching because they even touch ours in a tremendous way. And in fact people need to be encouraged to day like never before. So we believe to offer something really uplifting this year. By God’s grace.

Akeza.net: You’ve already made two concerts entitled Stand 4 Jesus in Kigali. What is the philosophy behind?

Dudu:  Stand 4 Jesus it’s not a concert. It’s a SPIRIT that created a CONCEPT which Started a Movement that brought together people in Burundi and Rwanda into action. We as Christians we want to really do something that can change as many people’s perspective as possible on Music, Family, Education, Leadership, in Social services, Business, Media, entertainment even worship concepts in our time and generation.

And as you can see the name of the concept, we believe that Jesus must be the center of any concept for it to be sustainable. We have launched the concept last year in Kigali and now this it’s the second edition. People’s hearts are transformed and we can see the move of God. And one of the reasons of that concert is to be able to fund other activities we have besides Music.

Akeza.net: How was the concert last year?

Dudu: Oh My God the Concert last year was even beyond what I’ve ever expected. We really have good memories. By just watching the DVD you can still feel the heat of that evening.

Akeza.net: What was the reception of your music in the Rwandan capital city?

Dudu: The Rwandans like Burundian music a lot. I think Burundi has many things to offer to the world as well. But mostly, people around the world like the message behind our music. Same as Rwanda. It’s just that we try to package the message in a well prepared piece of art.

Akeza.net: For the last two years, your activities have been strictly located in Rwanda. Are you shifting to Kigali?

Dudu: Burundi is my country. Everything that made me who I am started there. Let’s just say that because of the current situation there, there are some activities that we had put on hold for just a short moment.

Akeza.net: What is your greatest desire music wise actually?

Dudu: We want to be as international as possible. We have realized that in this area we cannot afford to stay local. The world has gone global. And for us to have the impact we’re expecting, we need to be international. That’s what we are working on. Working very hard.

Dudu: T.D.Live Production is still around. But since I have focused my attention on G.S.CREW BAND I have reduced the production flow on other artists. I still produce people but not as before. I recently did a song for PATIENT BIZIMANA of Rwanda and now I am doing another one for SERGE YAMUREMYE of Rwanda as well.

Previous PostBerco Stars won the tournament for peace in DRC Next PostGeoffrey Baluku:” There will never be a perfect environment, use what you have now”