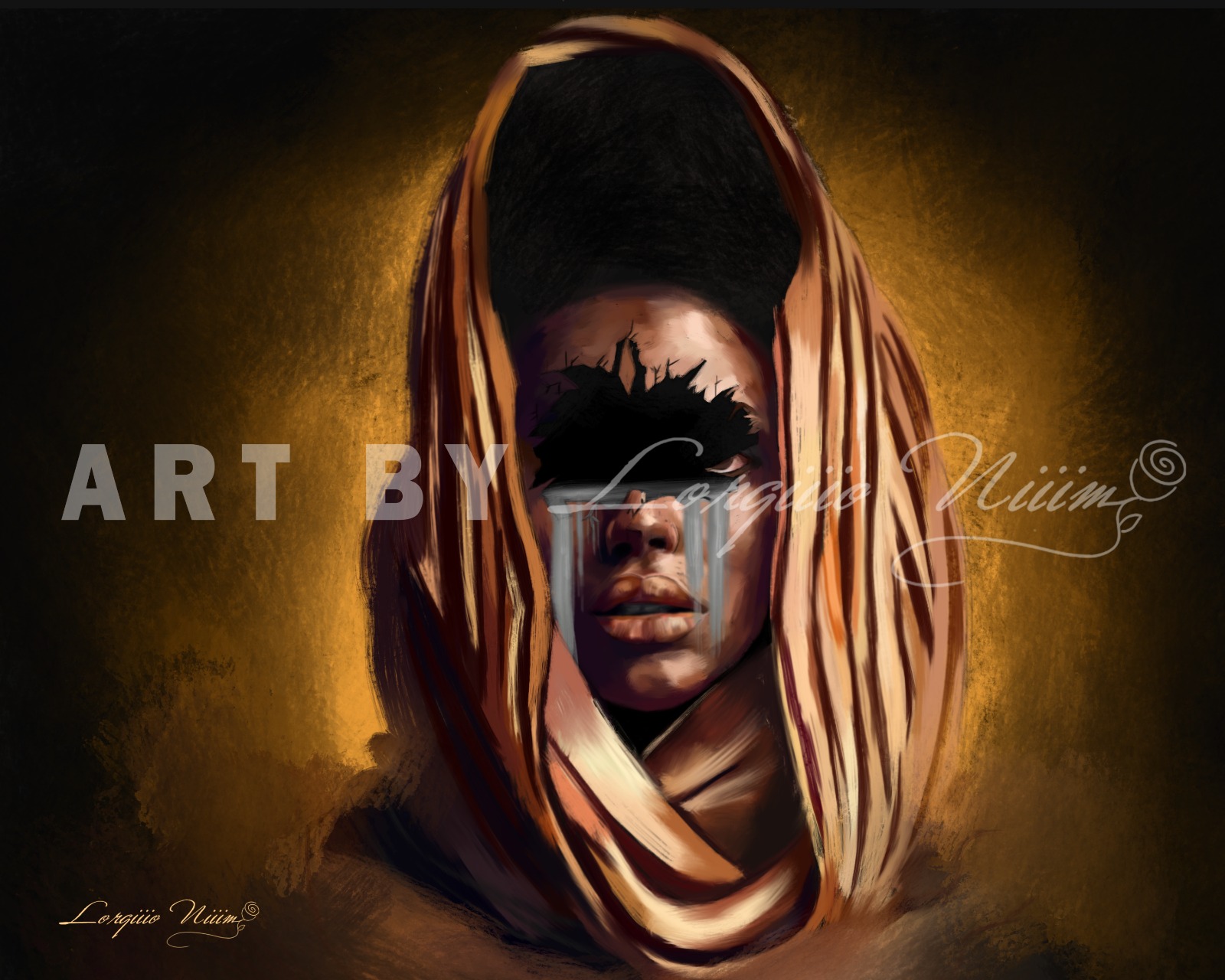 Lorgio NIM is a self-taught digital painter. In 2016, he first took an interest in anything somewhat artistic. He would use a laptop’s touchpad for all his vector illustrations until late 2017. He would then switch up and learn something completely new to him. He started using a tablet and then explored digital paintings. He learnt from YouTube Tutorials as well as other artists until  he found his own style. This initiative of self-educating has sharpened his skills with the pen and tablet. He has sold his artworks to dozens of people and companies. He has also collaborated with various artists around the world, most notably produced the artwork for Oscar winning film “If Beale Street Could Talk”. Below is a full interview with him.

I started out my researches on traditional painting techniques and looks, particularly from the renaissance age. I started practicing until I got to where I am today though my current level is still far from where I want to be 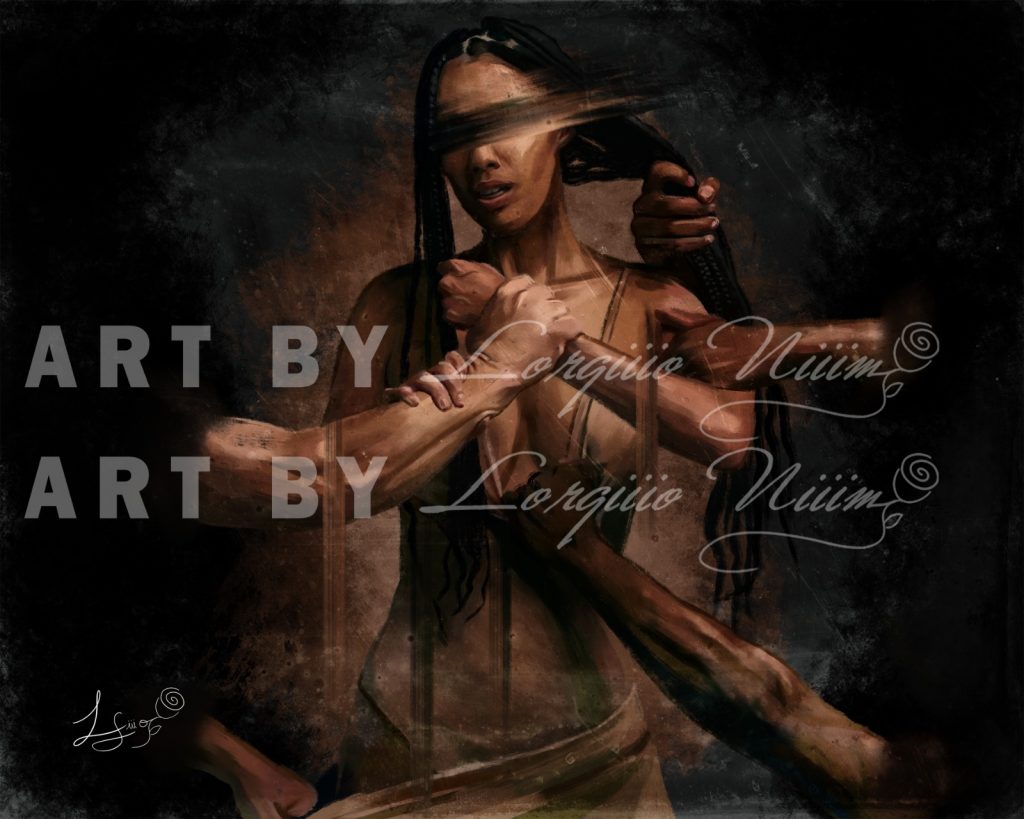 Lorgio NIM: My name is Lorgio NIM as well as my artistic moniker. I was born in Kenya and raised in Burundi for most of my life. I’m now 23 years old. I have been studying at Kings School in Bujumbura, Burundi from 2002 to 2013. I went on my secondary studies at Saint Mary’s School in Nairobi, Kenya from 2013 to 2015. After High School, I moved to study Marketing at Algonquin College in Ottawa, Canada from 2016 to 2018. I currently live in Canada since 2016.

Akeza.net: How and when did you start digital painting?

Lorgio NIM: I got actively interested in creative art for the first time in 2016 when I found out one could use a computer to reproduce traditional painting techniques. That’s what sparked the interest. Before this, I had never seriously drawn or painted in my life. So, I started out my researches on traditional painting techniques and looks, particularly from the renaissance age. I started practicing until I got to where I am today though my current level is still far from where I want to be. But, I am sure all will be fine with the process.

Akeza.net: What was your motivation? What were the challenges?

Lorgio NIM: I would simply say that “practice makes perfect”. Before getting interested in art, I didn’t consider that “practice” is crucial and synonymous of “hardworking”. With art though, I took into account “practice” to move forward. So, I have been practicing as much as possible, I got quickly at it as I fell in love with what I was doing by that time, the reason why I spent countless hours drawing and doing researches about drawings. I remember I would spend my whole day in front of the computer and even some sleepless nights, all counted towards my practice.

Aside from commissions, I do sell prints of my ready-made works. That is the most affordable option for the average working class person. I also sell poster and canvas prints on my website: www.lorgiiioniiim.com. 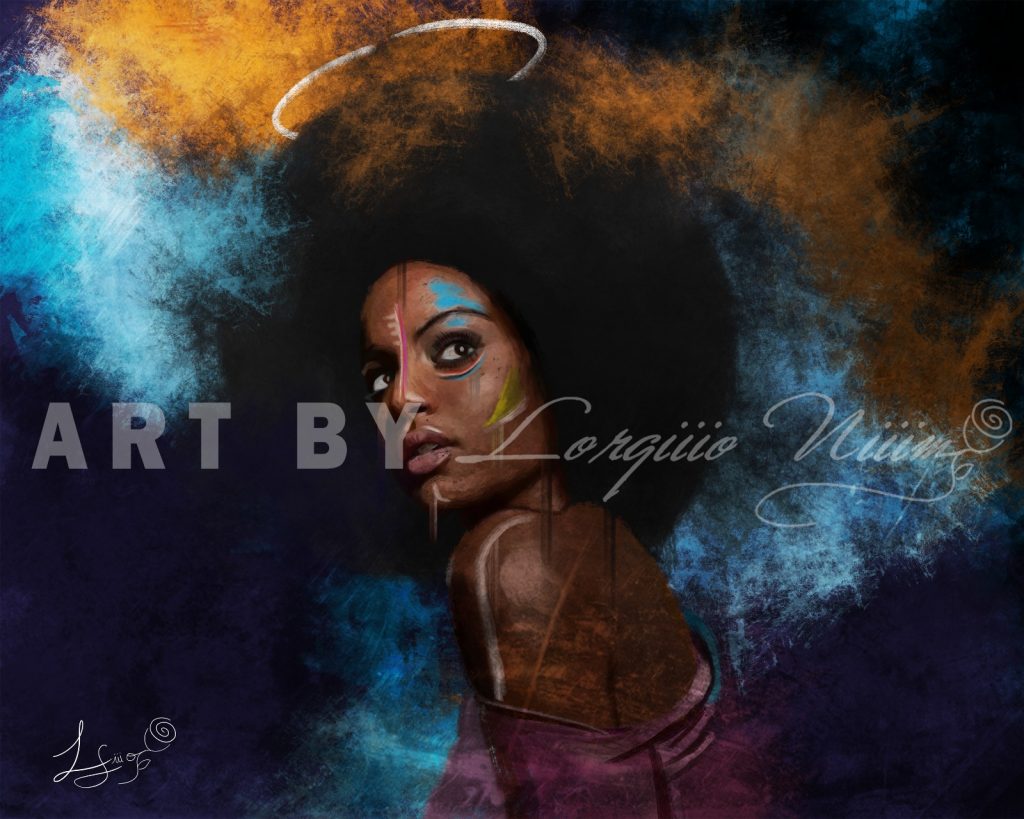 The biggest challenge, for sure, was when I had an idea for a piece whilst my skill level wasn’t good enough to make it come into life. It was frustrating in such a way that I had to stick with it while I was trying my best until I could get perfectly to what I wanted.

Akeza.net: Who are your customers?

Lorgio NIM: Most of my clients are based in the United States and Europe, and particularly Black people in those countries. They can range from individuals who want a custom piece done for their home to companies who want a piece for promotional purposes. 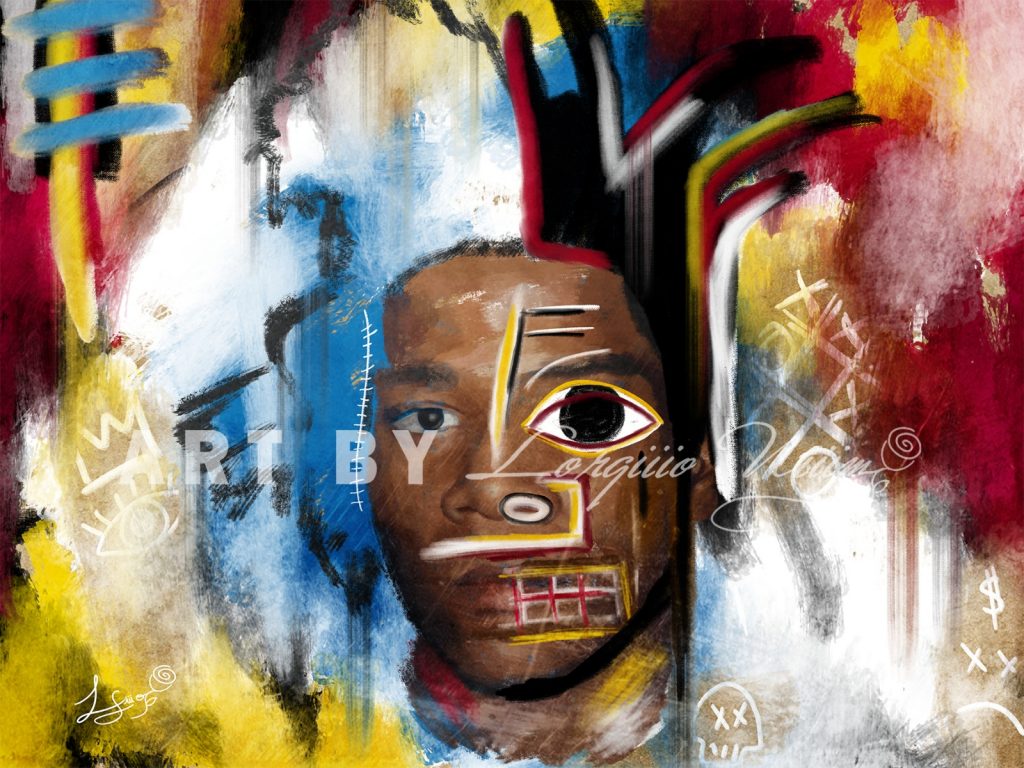 Aside from commissions, I do sell prints of my ready-made works. That is the most affordable option for the average working class person. I also sell poster and canvas prints on my website: www.lorgiiioniiim.com.

Akeza.net: What do you miss about Burundi?

Lorgio NIM: I really miss my childhood home, the people I grew up around… It’s almost 7years that I haven’t actively lived in Burundi. I plan a visit in the near future.