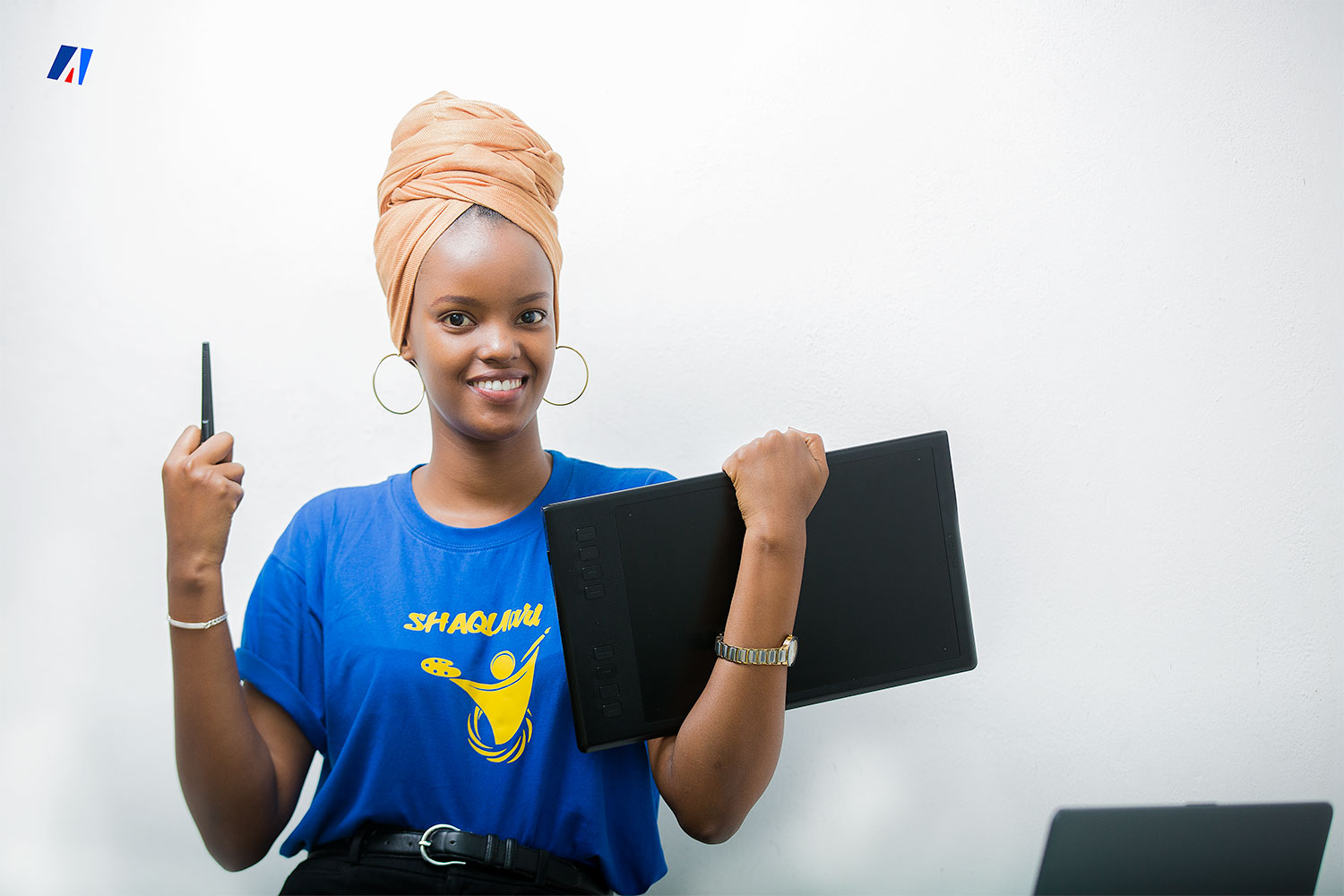 Isabelle KAZE, holding a graphic tablet in her left arm.©Akeza.net

Isabelle KAZE is a cartoonist. She works at ShaquArt where she was trained and hired before shifting from manual to digital drawing. She is in charge of modeling the texture and lighting of the digital drawings. In the beginning, she was drawing with pencils, aquarelle paints, and other manual materials.  Nowadays, she is drawing with the help of a graphic tablet.

If I was not watching television, I would be coloring some pictures of my drawings. I remember I used to draw even while in the classroom

Isabelle KAZE is the third child in the household of four children. She was born in Gitega on January 17, 1997. She studied the kindergarten, primary and secondary school (till 10th grade) at “Ecole Internationale de Gitega”. As KAZE declares, she started drawing at a very young age though she can’t tell exactly when. “I remember that I fell in love with drawing since I was still a child. I spent a great deal of time watching cartoons on TV. I would then sit down and get to reproduce what I saw on TV, whilst other children from the neighborhood were kidding outside”, she recalls.

“If I was not watching television, I would be coloring some pictures of my drawings. I remember I used to draw even while in the classroom”, she adds.

When her family moved to Bujumbura, she enrolled at “Ecole Indépendante de Bujumbura” (for the second cycle of secondary school) and continued drawing.

At the end of her secondary school, she felt it was worth broadening her knowledge in the drawing sector so as to become a professional painter as she would often dream of. Fortunately a friend of hers discovered her talent in drawing and directed her to ShaquArt, where she was trained.

Isabelle was later on hired by ShaquArt. Simultaneously, she went on with her studies at the Light University of Bujumbura in the faculty of Management and Administration, branch of Finance and Accountability

It is our duty as artists to give value to our work. I say this because, it’s the basis to make sure no one ever takes for granted what we do 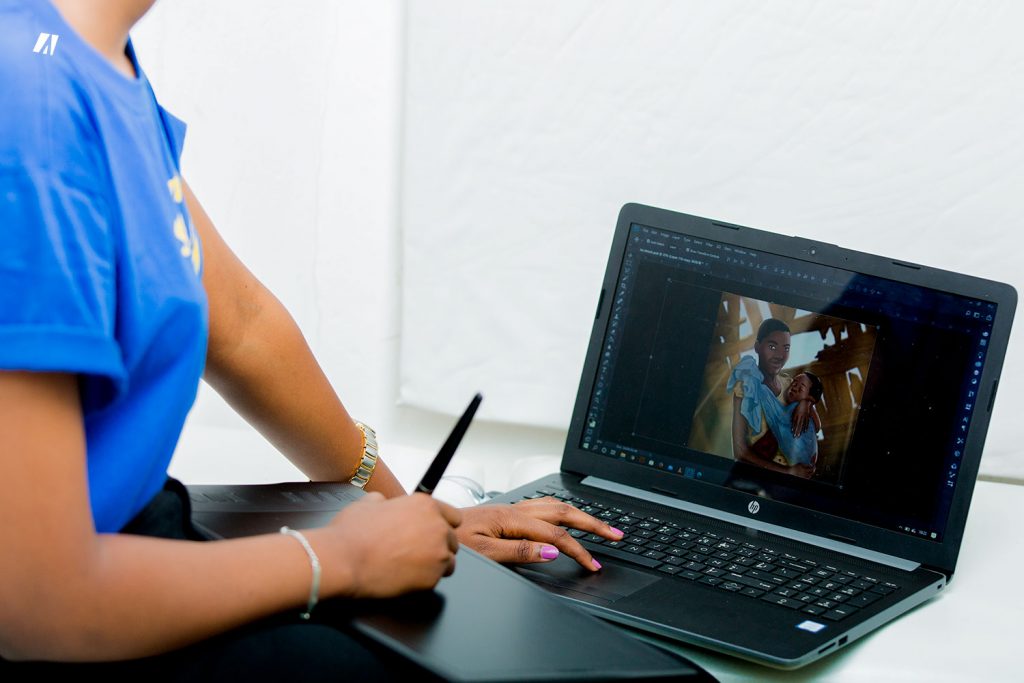 Isabelle KAZE, drawing cartoons with the aid of a graphic tablet.©Akeza.net

With time, Miss KAZE shifted from manual to digital drawing. “Before I was drawing with a pencil and after with aquarelle paints and other manual materials. When I was hired at ShaquArt, I was much more interested in digital drawing with the aid of a graphic tablet”, she says. Henceforth, she became a cartoonist.

Now, the cartoonist that she came out to be is a happy young lady. « I am proud of my art. I am hired at ShaquArt. So, I am getting a monthly wage, I can take care of myself”, she rejoices.

Isabelle regrets that some people still think that drawing is for men only. If anything, she is enough proof that art is for women too.

“Drawing is not really an easy task. So, it requires perseverance and sacrifice. I would then advise to whoever would like to develop their skills in drawing that it’s crucial to like it first. As an addition, it’s necessary to cope with those who have more knowledge and who would be good mentors”, she points out.

In Burundi, art is seldom taken seriously as a job or a profession. Miss KAZE has her own thought around this issue. “It is our duty as artists to give value to our work. I say this because, it’s the basis to make sure no one ever takes for granted what we do”, she stresses.

beaming and proud cartoonist cartoonist Isabelle KAZE ShaquArt
Previous PostHuguette KAZENEZA: What if one day I become the first Female President of Burundi? Next PostThe fabulous story of Ambassador Liberat MFUMUKEKO, the 5th Secretary General of the East African Community