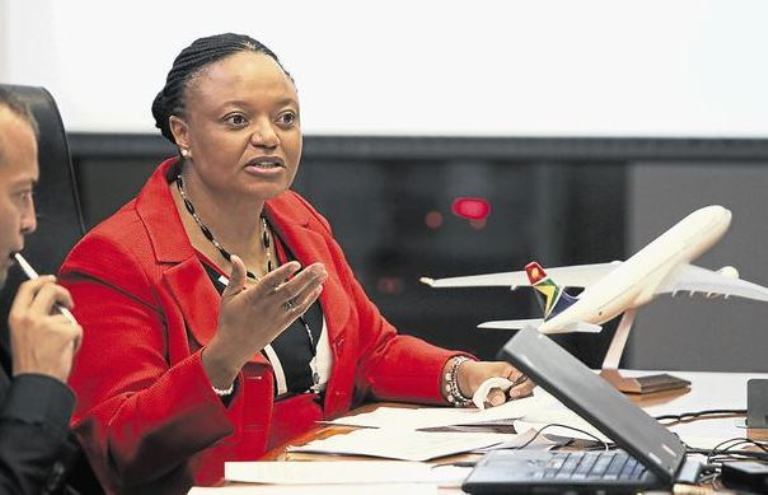 Siza Mzimela, the first Black woman to start an airline

However, Mzimela has been vocal about eventually expanding her business to have more regional scope: “We hope to expand our flight destinations to Botswana, Namibia, Zimbabwe and the Democratic Republic of Congo. We currently have two 50-seat ERJ 145s. The airline will aim to keep its current rates in order to make flying affordable for both business and leisure travel.”

Not only does Mzimela run Fly Blue Crane, she is also the founder and Executive Chairperson of Blue Crane Aviation, an aviation services company that specifically focuses on African airlines and that provides specialist airline consulting, aviation legal services, and aircraft management services.

Before starting her own companies, Mzimela held prominent positions within the South African aviation industry and made history several times over. After graduating with a degree in Economics and Statistics from the University of Swaziland, Mzimela joined the staff of Standard Bank of South Africa in 1991 and worked at other financial companies, gaining vital experience. She became a research analyst at the biggest airline in Africa, South African Airways (SAA), in 1996 and quickly climbed the ranks to managerial and executive positions.

Mzimela became the first female Chief Executive Officer of South African Express Airways and of SAA. While she was CEO, SAA was able to introduce non-stop flights to New York and Beijing, China—a first in the history of the airline. Mzimela is also the first woman to be appointed to the International Air Transport Association’s board of directors in 67 years. She is also a board member of the South African Tourism Board and the Oprah Winfrey Leadership Academy for Girls.

Mzimela joins the elite ranks where few women have crossed. Owning or even running an airline is something that very few can aspire to and women have historically been left out of such leadership positions.